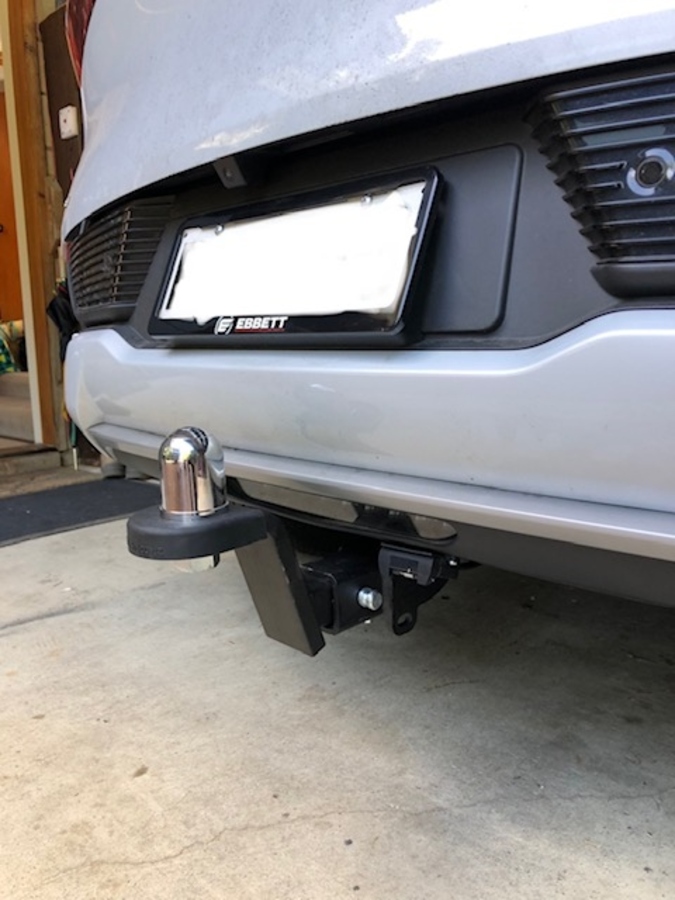 Towing and the taboo of using an EV electric car

From the webhost manager: THIS IS A POST ABOUT NEW ZEALAND, AND WE HOPE THAT BYD WILL ALSO DELIVER THE TOWBAR TO (the rest of) EUROPE!!

The BYD Atto 3 electric car has gained a Kiwi-sorted special skill that could even go global with a breakthrough option. The local distributor has won factory sanction to put into the market, three months on from the car’s release, the ability to officially tow.

An increasing count of local EV owners are deciding to tackle towing – including, worryingly, cars not rated to tow, including NZ’s favourite. It’s not about an EV’s lack of ability to tow, it’s more about the factory sanctioning and approval, along with the official stamp of approval around the safety aspect, relating to if and how they tow. Nissan’s position on the Leaf, the national favourite by volume as a result of its wildly used import success since its launch in 2010, is that it’s not suitable for towing. This has not stopped owners from trying.

The Atto 3 had the same caution, but Kiwi creativity, via Auckland firm Best Bars, looks to have even changed the Chinese parent company’s mindset.

Owners of the compact crossover, which achieved 689 registrations as of last week, have just been alerted about it and orders are already coming in.

“It is likely we are the first market in the world to fit a tow bar [to an Atto 3],” says BYD Auto NZ brand manager Warren Willmot. “It is a car designed for China and they don’t tow things up there. The car has not been designed to tow.”

The Kiwi effort to convince the factory it was a little car that could be a stringent process.

Though the head office in Shenzhen, China, didn’t require a test item, approval required the submission of numerous CAD drawings, all carefully scrutinised by factory engineers who were involved in every step.

“We are one the very first Western markets for this car so we have a very good working relationship with the team up at Shenzhen, where everything has been signed off and approved.”

The kit includes a bespoke wiring loom and will entertain 750kg braked and unbraked – as per BYD’s engineering instruction – and a 75kg tongue download, an NZTA best practice requirement.

It should be perfect for a light trailer but, more potentially, as the mounting point for a bike carrier, Willmot says.

“Our customers are not buying the Atto 3 to tow… a big boat.

“The types of customers wanting this car will want it to tow something like a small garden trailer and, the majority of them just want to take e-bikes. It would cope with a couple of those.”

One point often made is that, with their instant torque from powerful electric motors, EVs are conceivably perfect tow vehicles. The Atto 3 joins an NZ new-EV towing club, in which there are now 19 EV members, another being the Tesla Model 3.