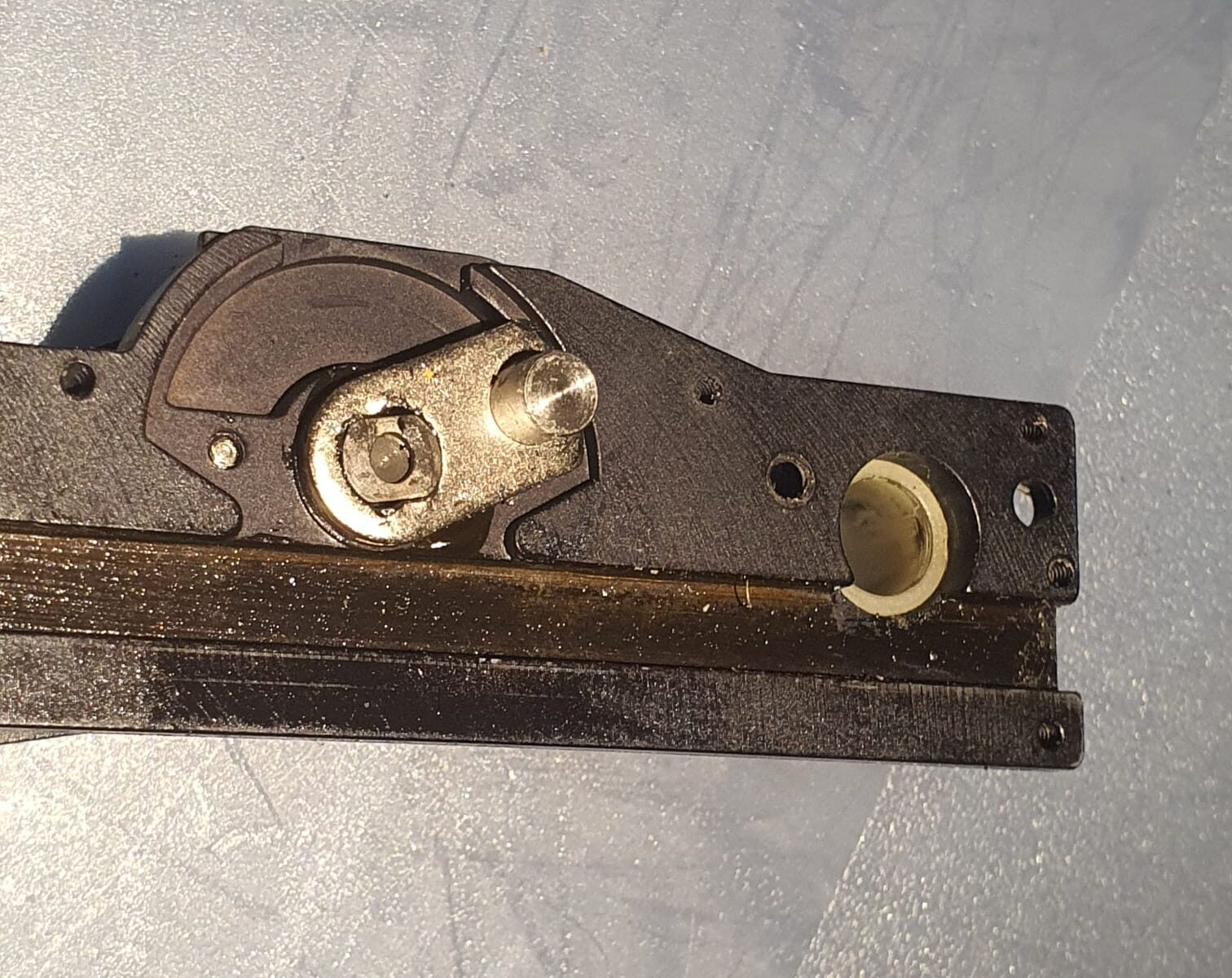 As you can see in the above MP4, the shutter cocking mechanism could not fully complete the cycle to the end of the cocking prcedure, due to play in the connection between the small flange and the rod on which it is placed.

I ended up by just using strong thread sealer, screwing it tight again an waited for 24 hours before using it again.

Together with the beneath shown repair of the external lever play, this indeed fixed the problem of not reaching the end of the cocking procedure.

And thus my donor RZ67 camera housing was working again, albeit only in emergency mode. 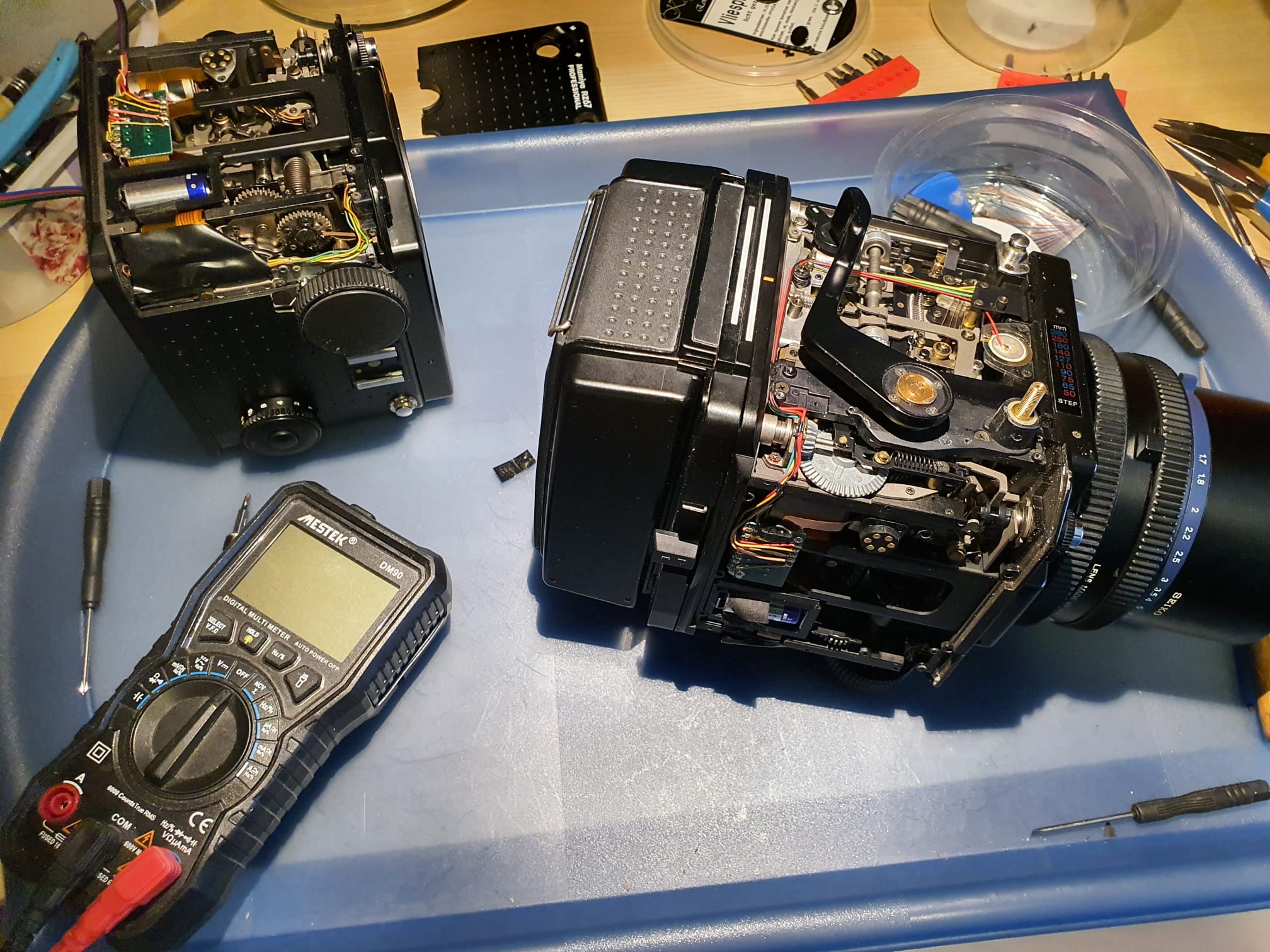 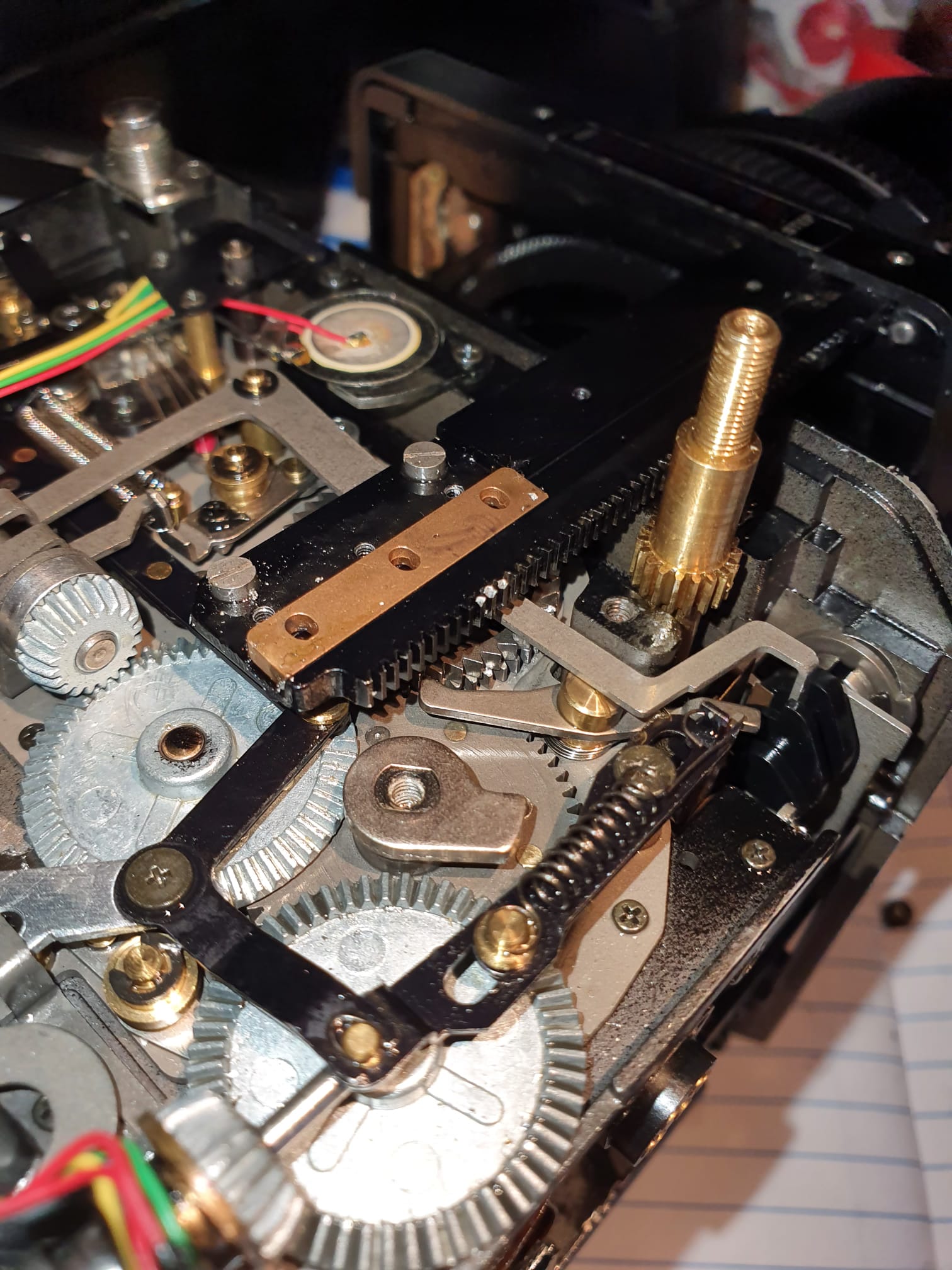 But I will explain the repair of this specific electrical problem(s)  in yet another post. 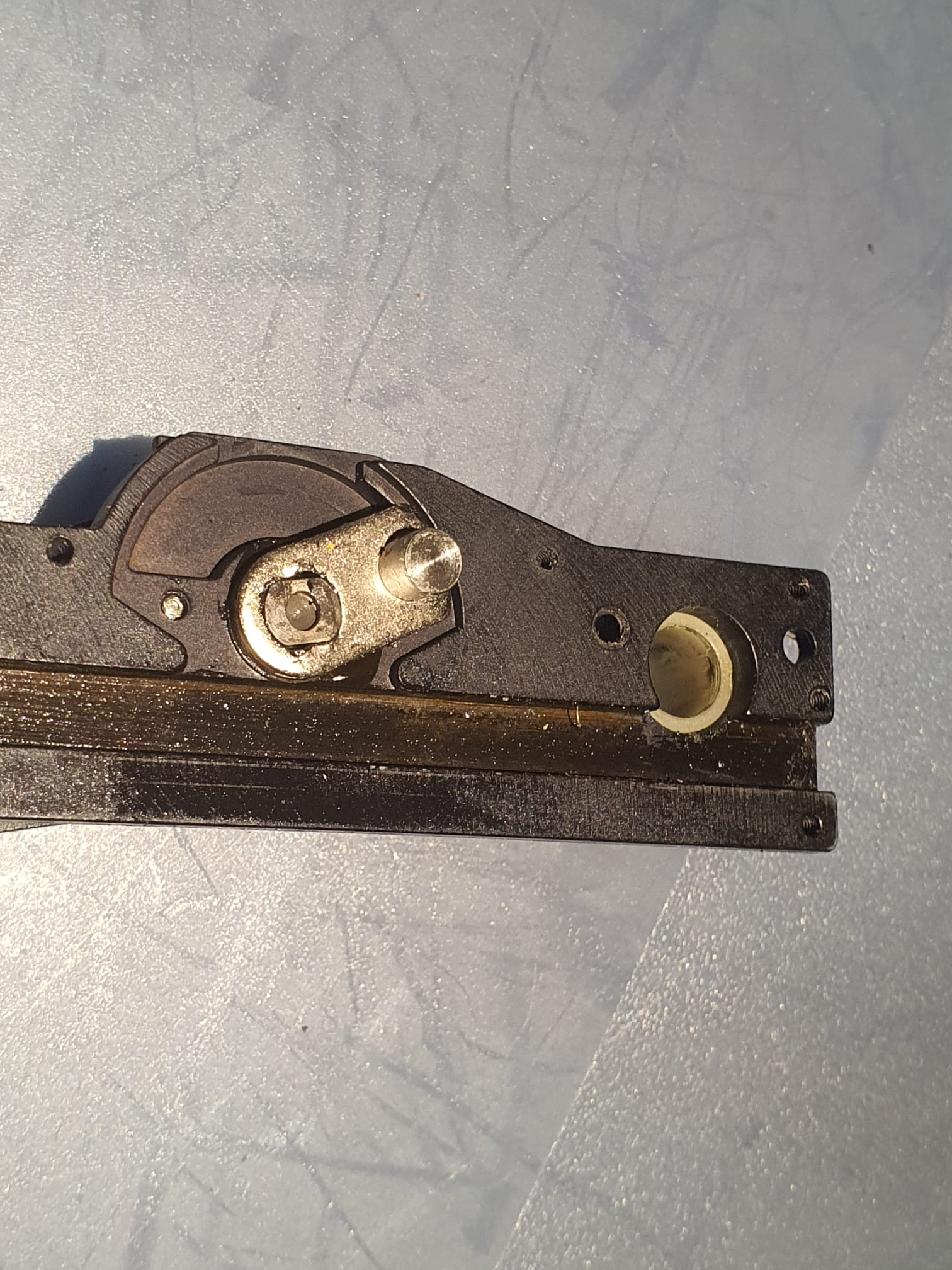 And- also the same problem with the outside lever. The lever was easy to repair. I put it on my working table , on the flat part of my vice and used a blunt pointed driver and a dead blow hammer in the center of the small axle to punch it and this fixed the outside (big black) lever again firmly to the internal small lever. 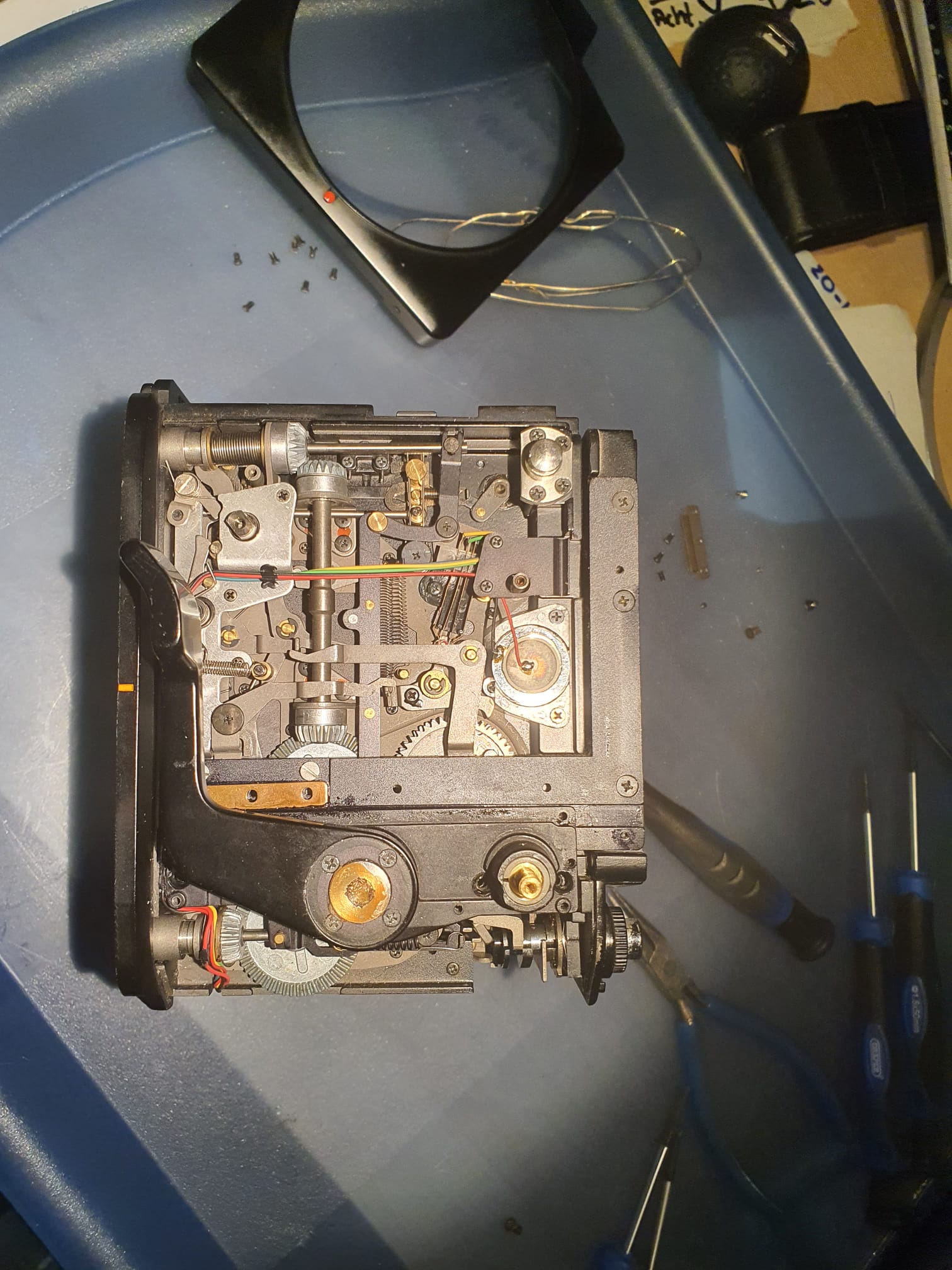