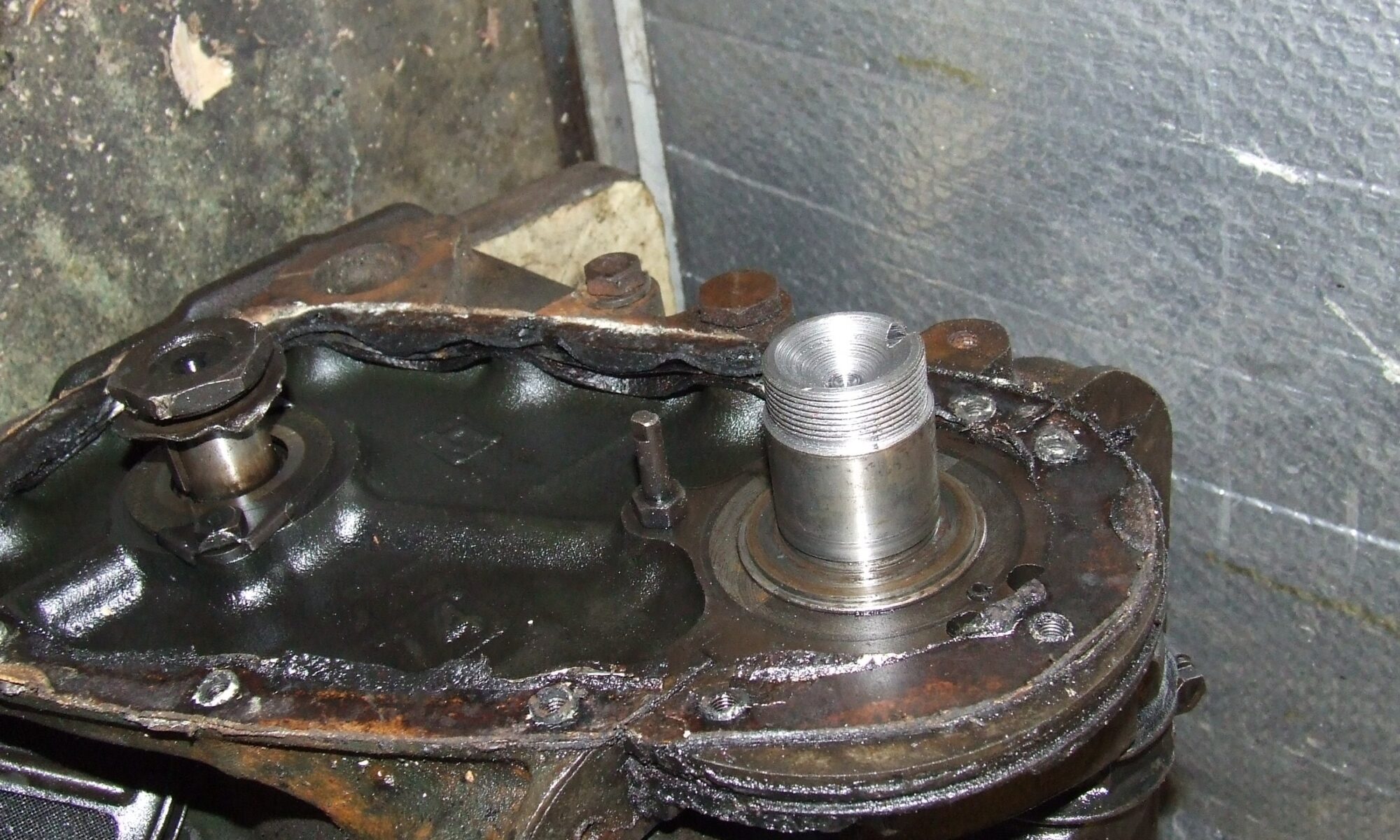 1) The original TA engine that turned out to be cracked at the corner of the lower block;

2) An ID19P long-stroke lower block that I  assembled with the parts from the original engine such as the overhauled ID11 TA head, TA sump, etc.

Below I added an overview of all of my engine exchanging photos: 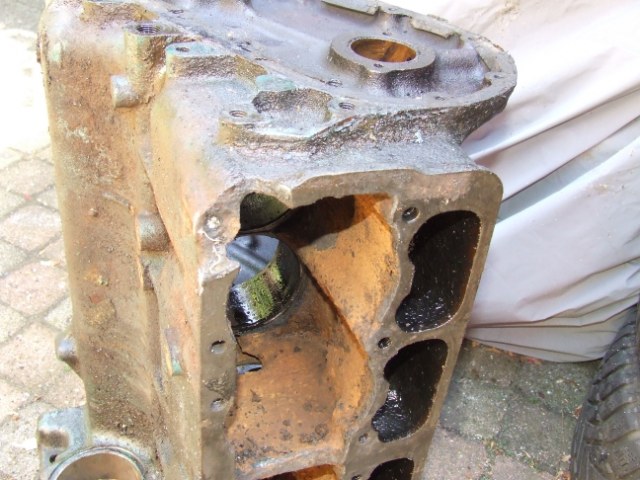 The original TA under block 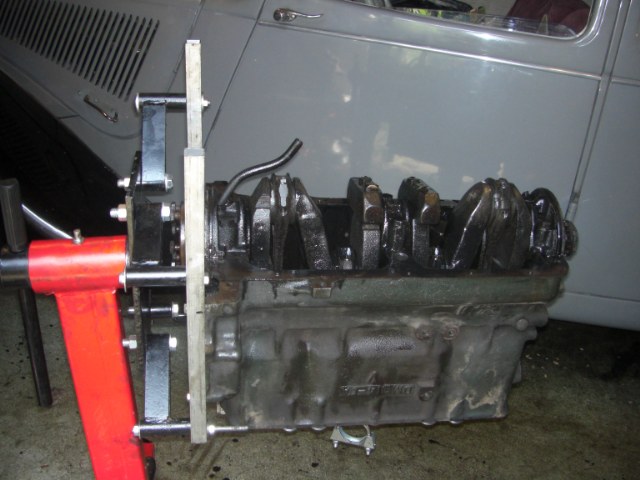 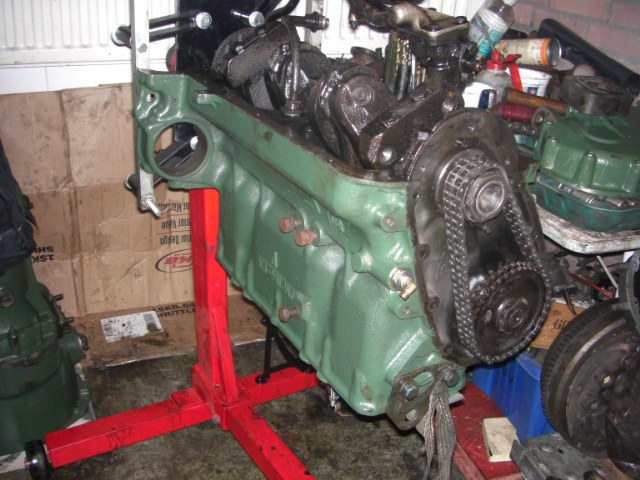 The DW block with shortened crankshaft.

Below you can see how I used the TA head, oil pan, oil pump, camshaft, pushrods, water pump and so on in option 2) to be able to drive the Traction again with the ID19P engine. 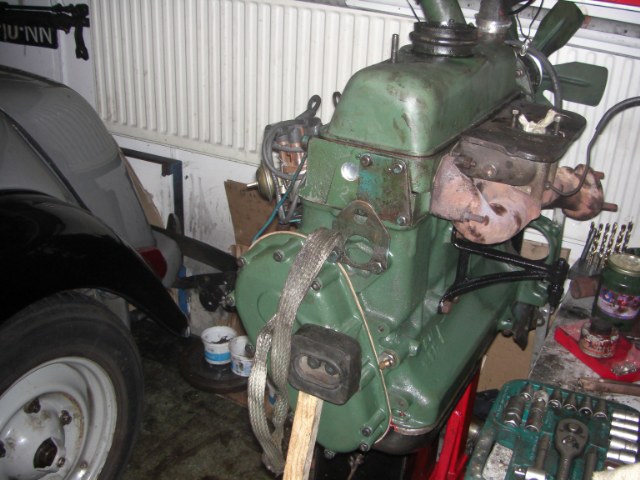 Above you see the first replacement engine that worked in my TA for about 4 years. It is an ID19P engine that fit my Traction without question. I transferred the head from the Traction engine and the camshaft as well.  Unfortunately the oil pressure of this engine was too low to be reliable when the engine was warm.  Probably too much wear. In the picture below you see this block with the TA head on it and with the 3-speed gearbox mounted.  Update 3-2021: After I put the right (SAE30) engine oil in this block, the problem with oil pressure also disappeared completely at warm engine! With option 3), so the second engine that I bought together with the 4-speed gearbox, a DW engine, the crankshaft had to be shortened because I wanted the vibration damper to come off, see the pictures below: 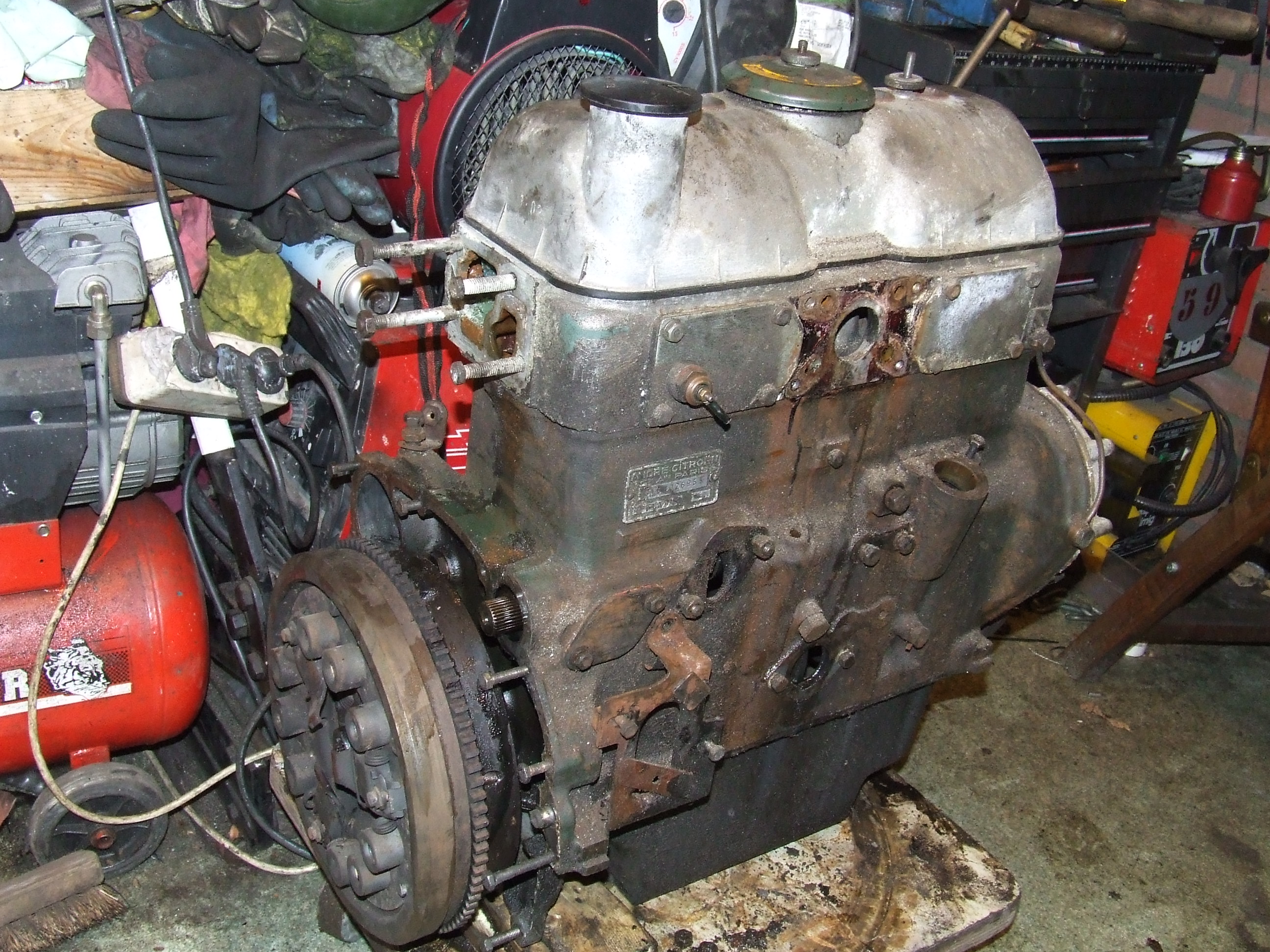 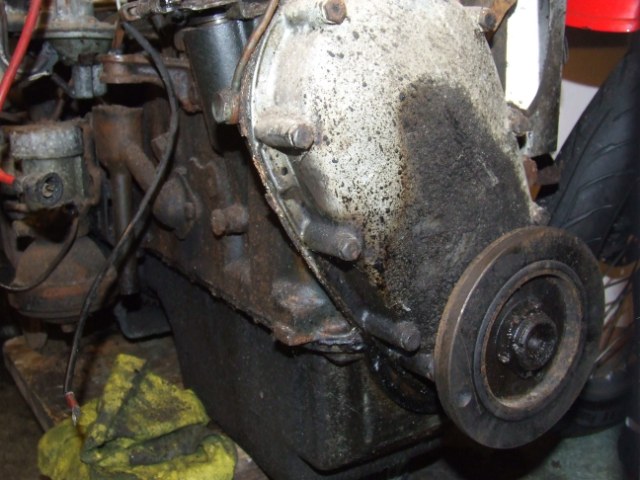 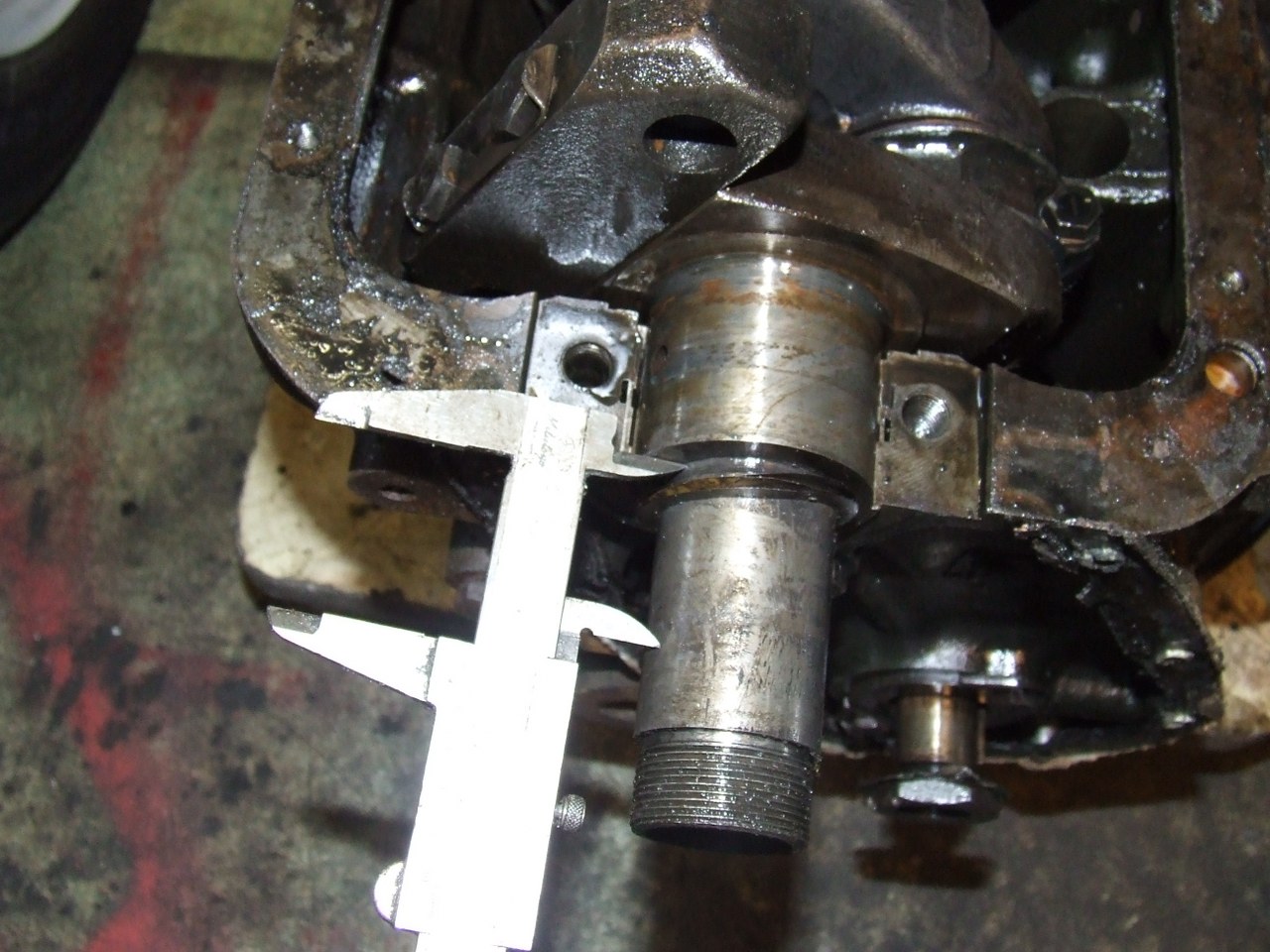 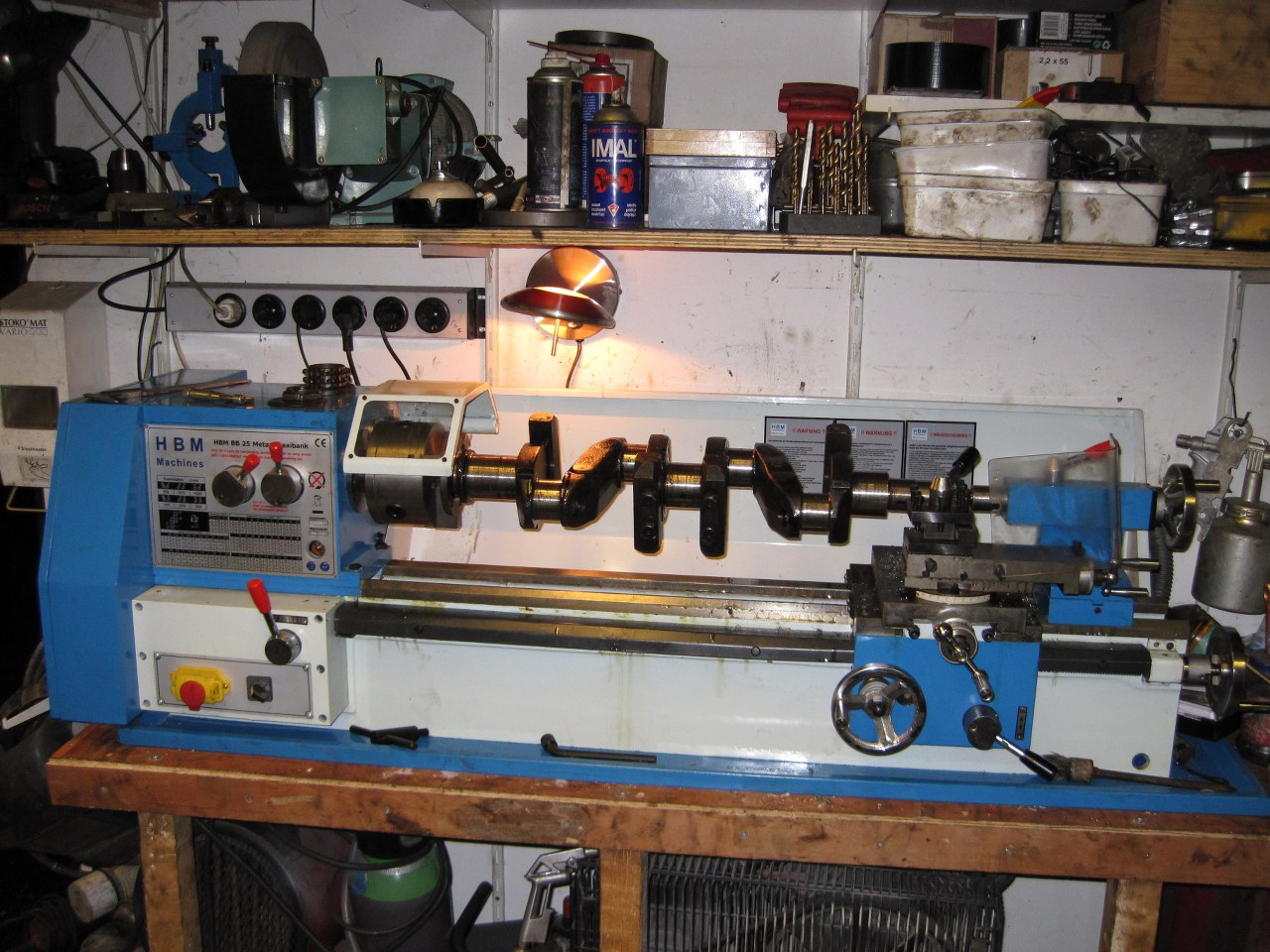 Above: Crankshaft of the DW engine in the lathe Above: The right part is already quite turned, the thread is already cut just right of the (to fit back) camshaft gears and the remainder of the right-hand thread can now be cut off. 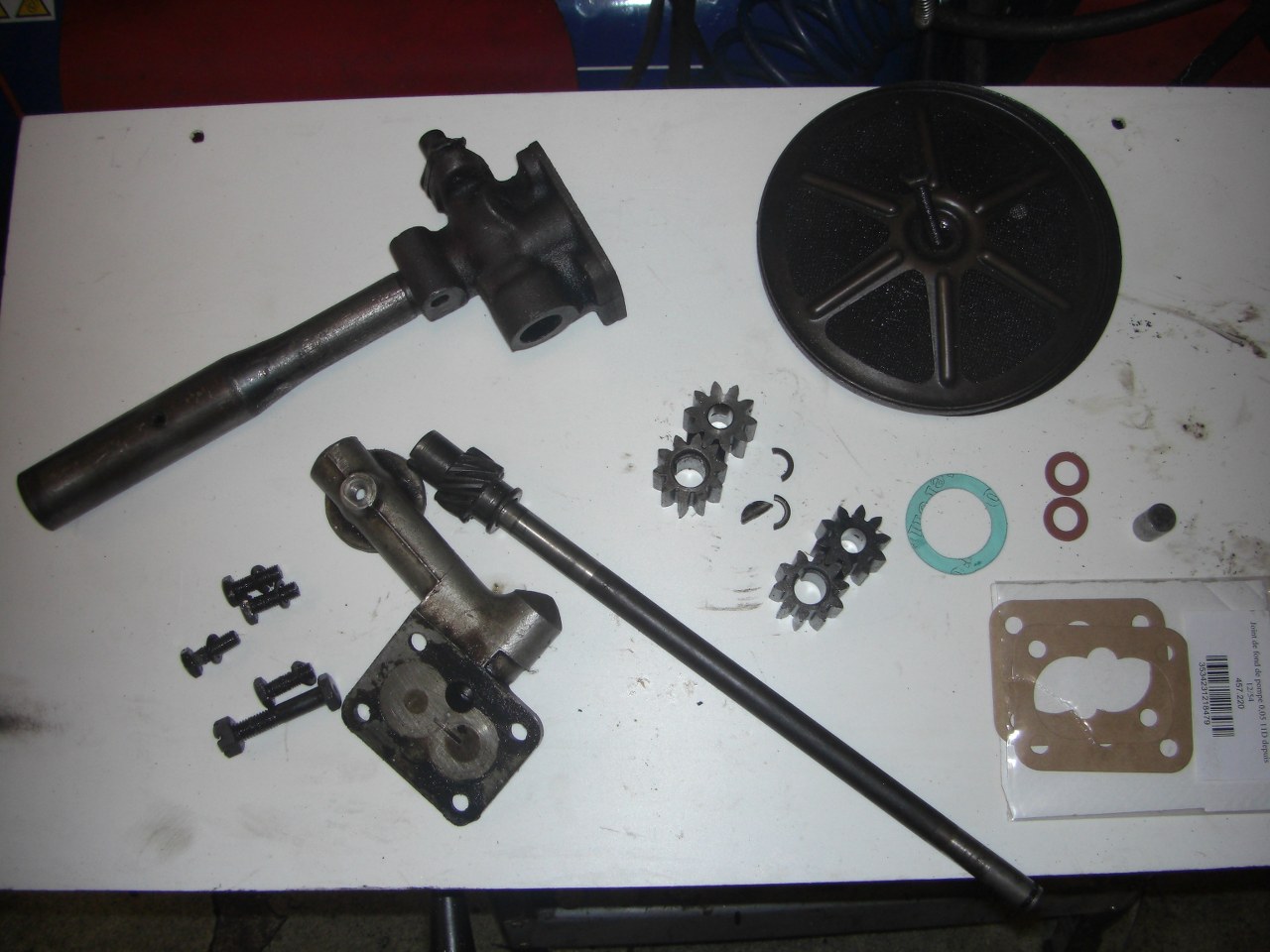 Above: At the same time the oil pump was overhauled with new gears 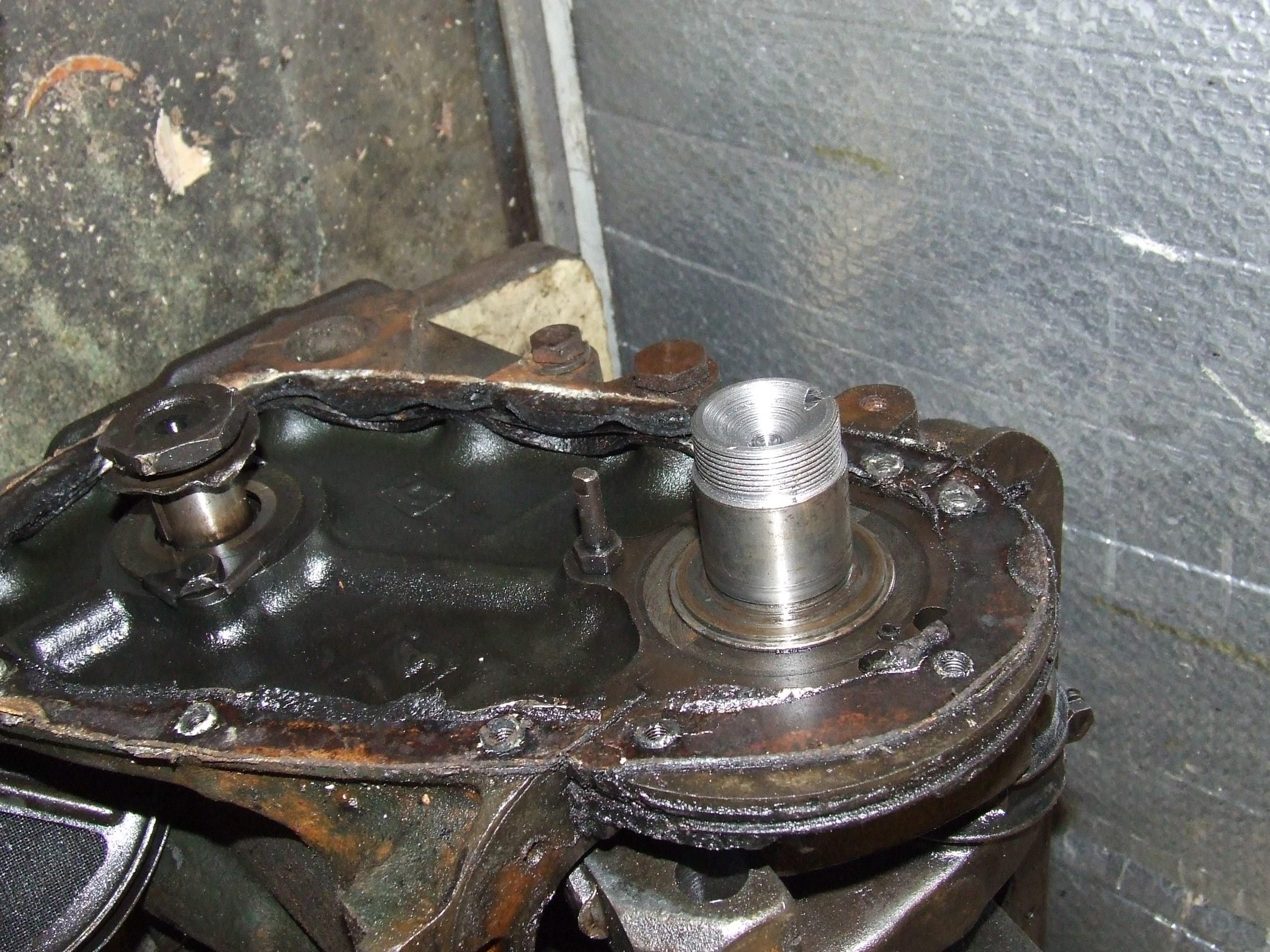 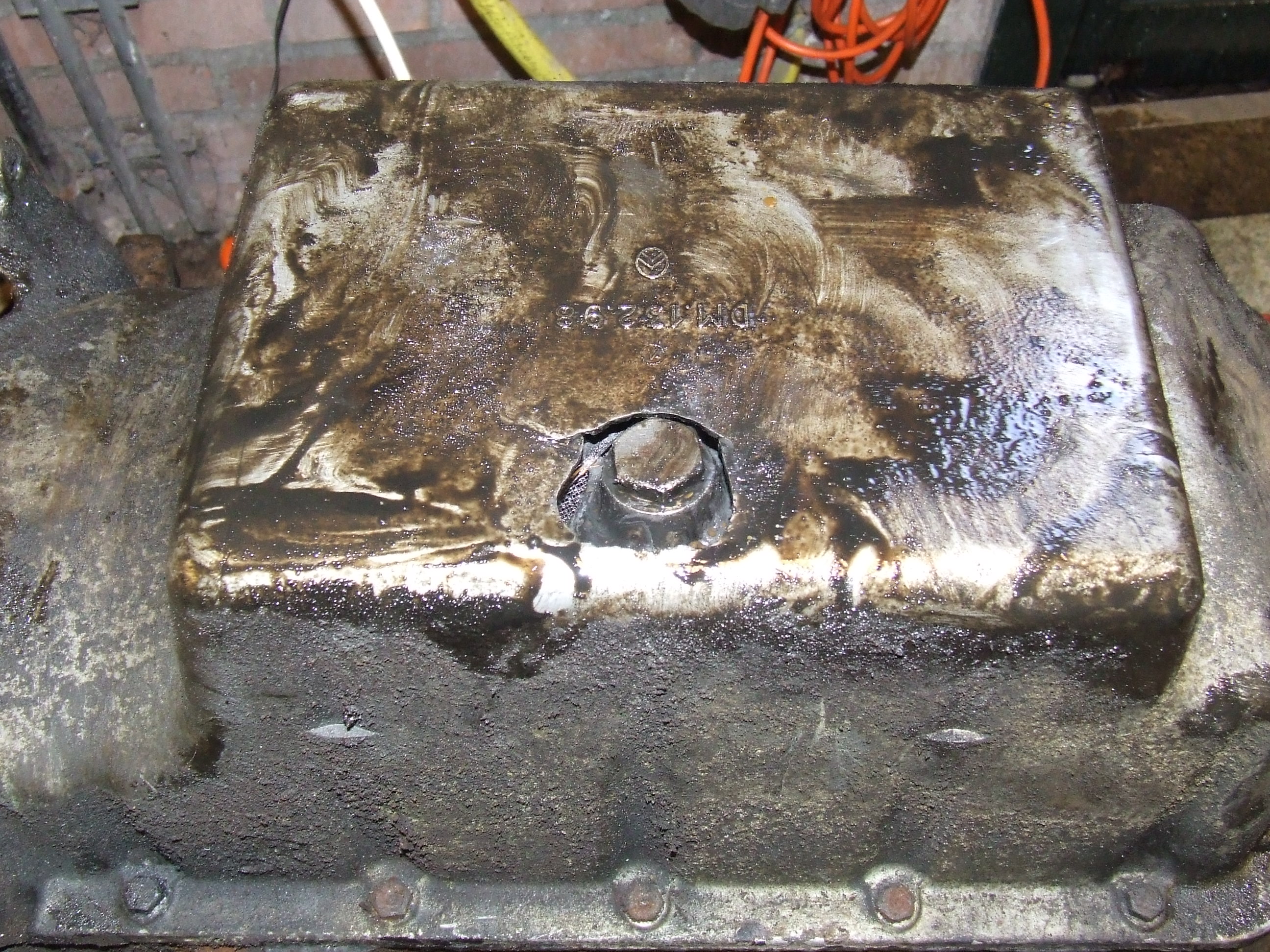 And I replaced the aluminium oil pan that was torn during transport with one that I still had lying around. I later repaired this oil pan with aluminum solder [LINK]. 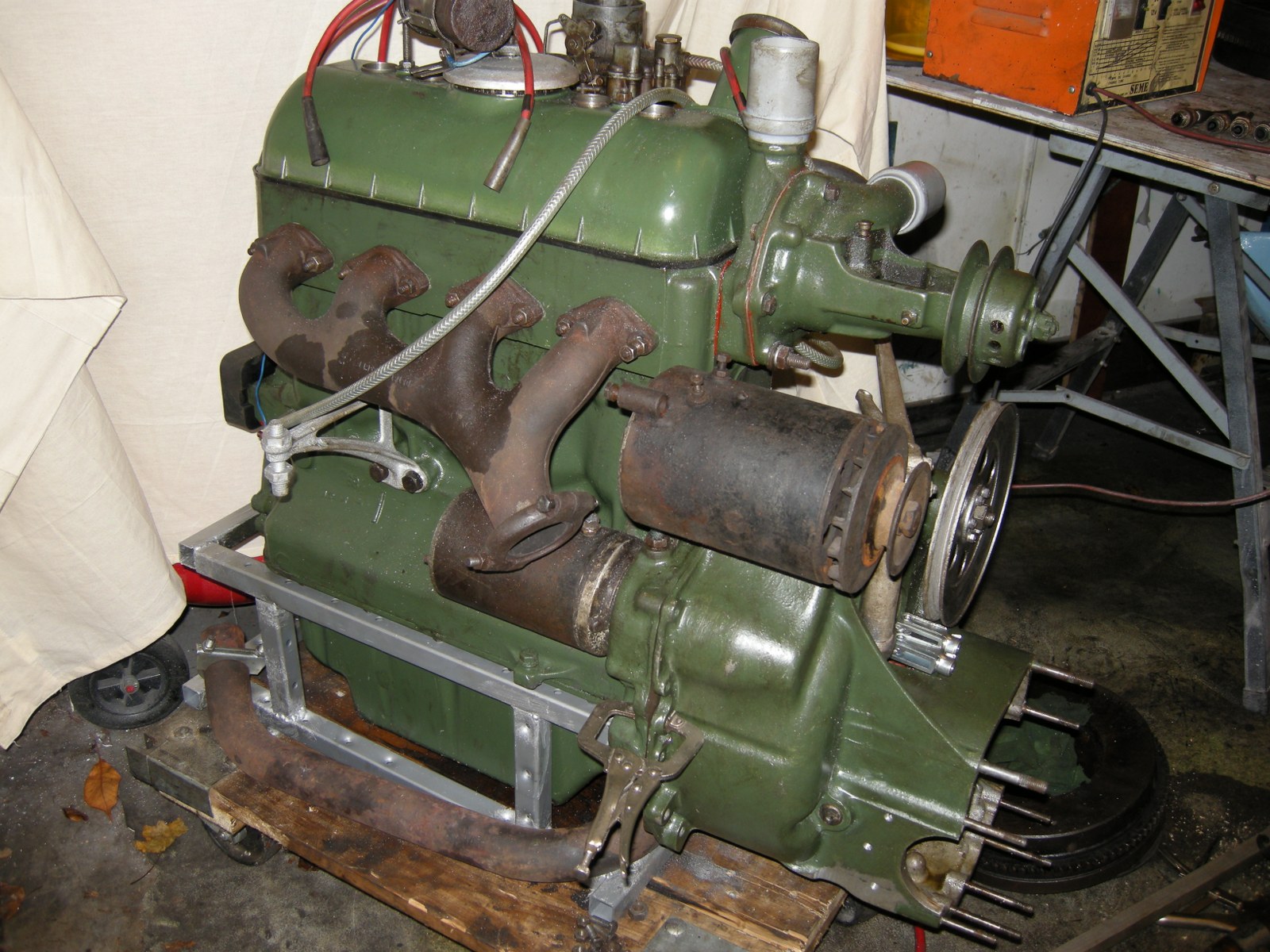 Almost ready for the test run, you can also clearly see here that it is not a TA head, just an exhaust manifold on this side.  This block was perfect, both in compression and oil pressure.  Also at hot engine fine!   Underneath this block an aluminum sump pan was placed again so the original oil pump could be mounted again. Here you can clearly see why the balance wheel has to come off on a traction avant: The rear engine mount sits on the camshaft distributor cover, that’s going to be a bit tricky to rebuild all that while retaining the balance wheel 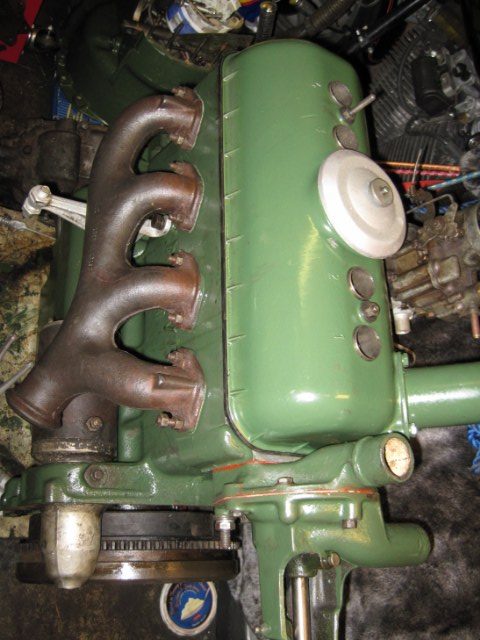