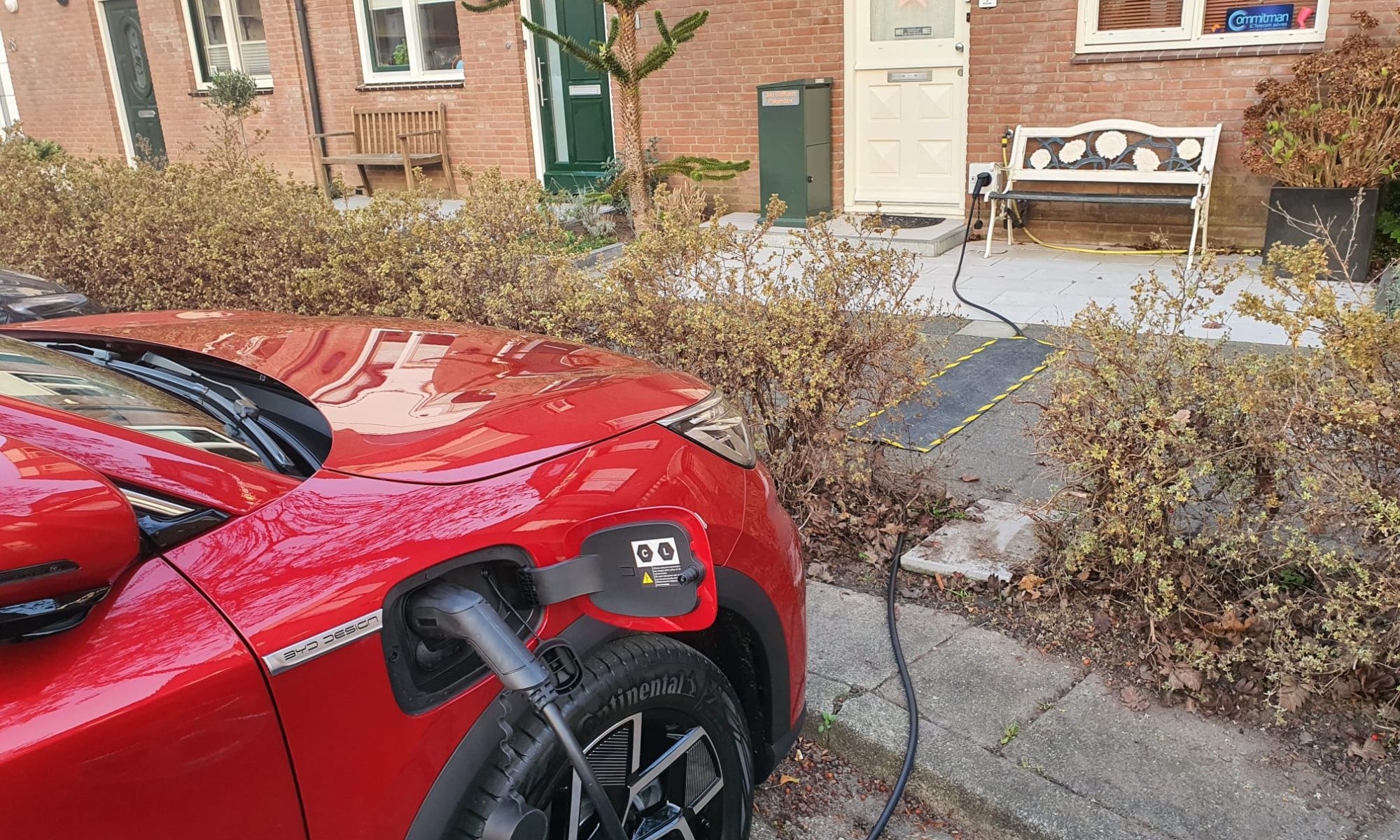 I have a wallbox copper charging station for an electric car with load balancer that I use both in the garage and at the front of the house with 11kW charging via power.

At the front of the house is a public sidewalk and parking is available to all.  Usually there is no place to park the car out front when I get home. 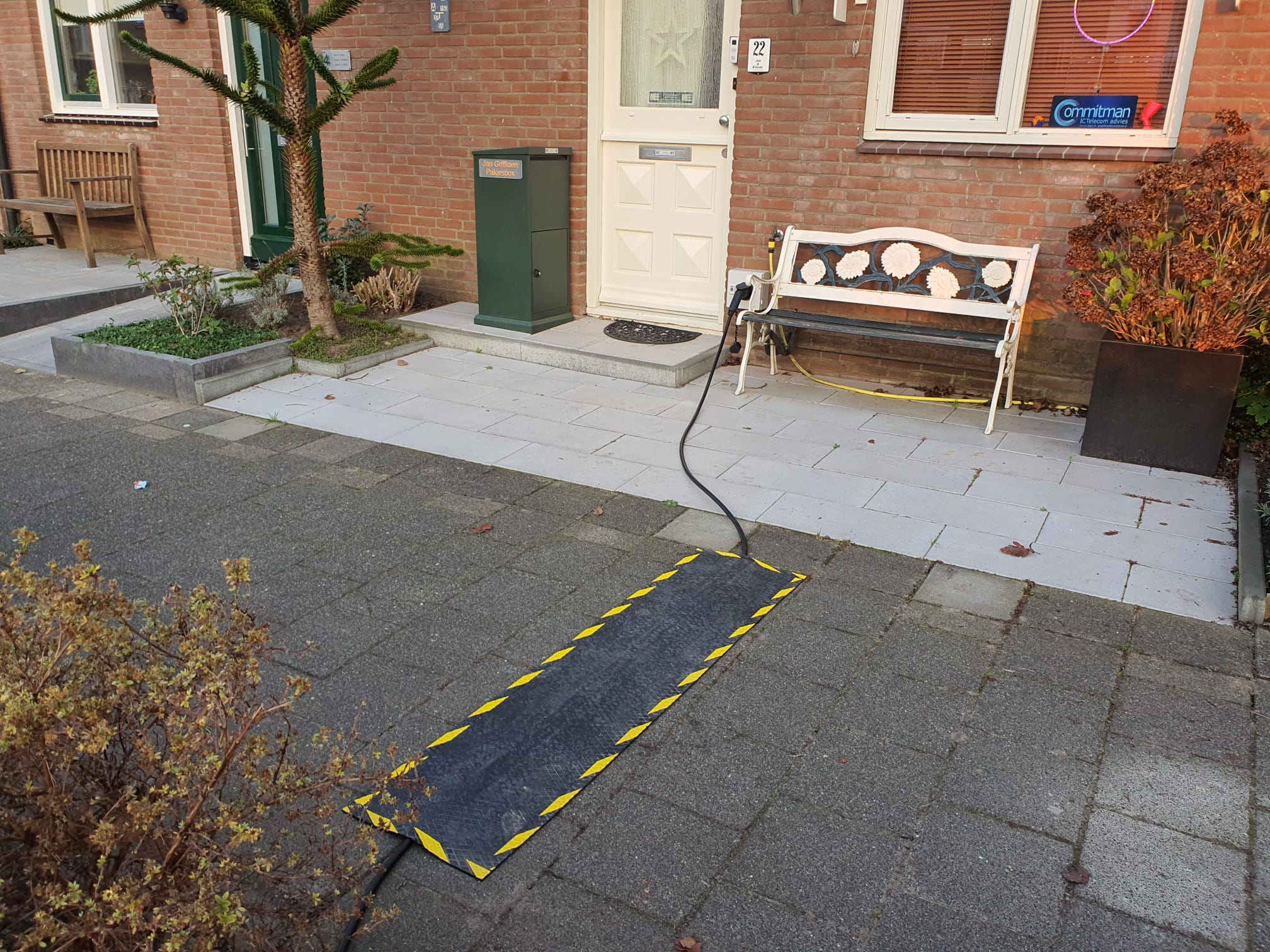 If I want to charge in the garage I have to park the old car outside first so the EV can get in to charge.  Because I always work from home during the day I can always park the car in front of the door at those times to charge. But the municipality of Woerden has included in its existing 2017 decision on its charging policy, among other things, that it is not allowed to lay a charging cable over the sidewalk.  Other options for home charging such as a charging chute in the tiles or other solutions are also not allowed (yet). The starting point of municipal policy is public charging from user-driven applications.   I have done that through an application to the party chosen by the municipality, and after 9 months it has still led to nothing.  There are all kinds of reasons such as the full power grid and going through objection procedures that make building public charging points not very fast. but at my home it was settled with Stedin within 2 weeks.  Now I can just charge at home with 11kW.  But municipal policy does not allow that on public roads.

So I charge publicly when I can or in the garage.  I hope the municipality, under pressure from its residents, will eventually allow alternatives to use charging cables safely over the public sidewalk.  There is quite a bit of political pressure to move on this.  The existing charging policy of the municipality of Woerden predates the time when EVs are available in growing numbers, so it is time to change this in terms of vision anyway.

As is now clear from user experiences, the purchase of EVs will be significantly stimulated when home charging solutions become available including solutions for connecting your EV to your home charger via public space. This is already in place in a growing number of municipalities, albeit mostly on a temporary trial basis.

In order to charge the EV at home, I have already implemented the following: 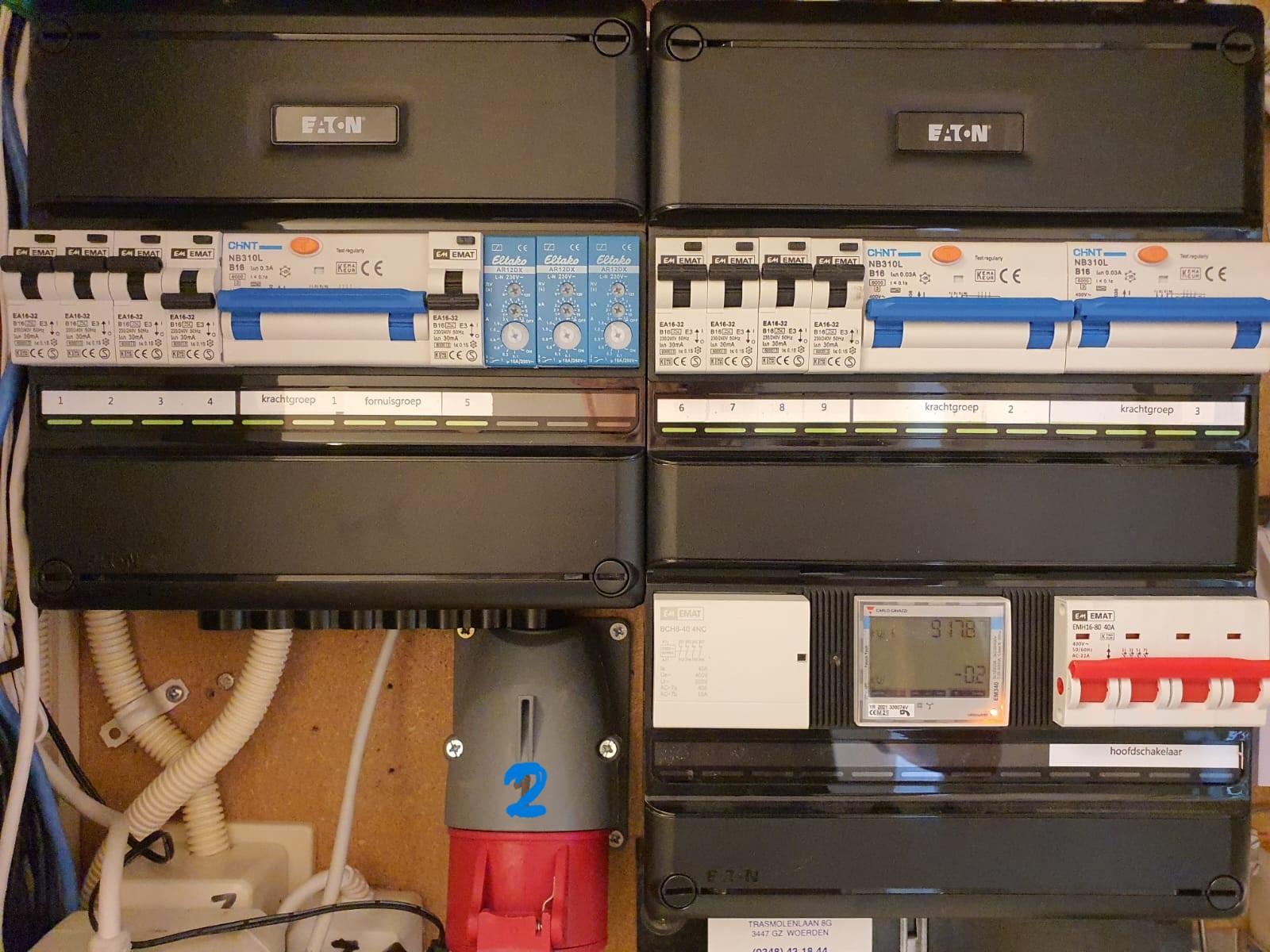 Then I also laid a power cable to the garage, including the connection between wallbox copper on the one hand and load balancer and internet on the other, both via their own CAT-6 cable. 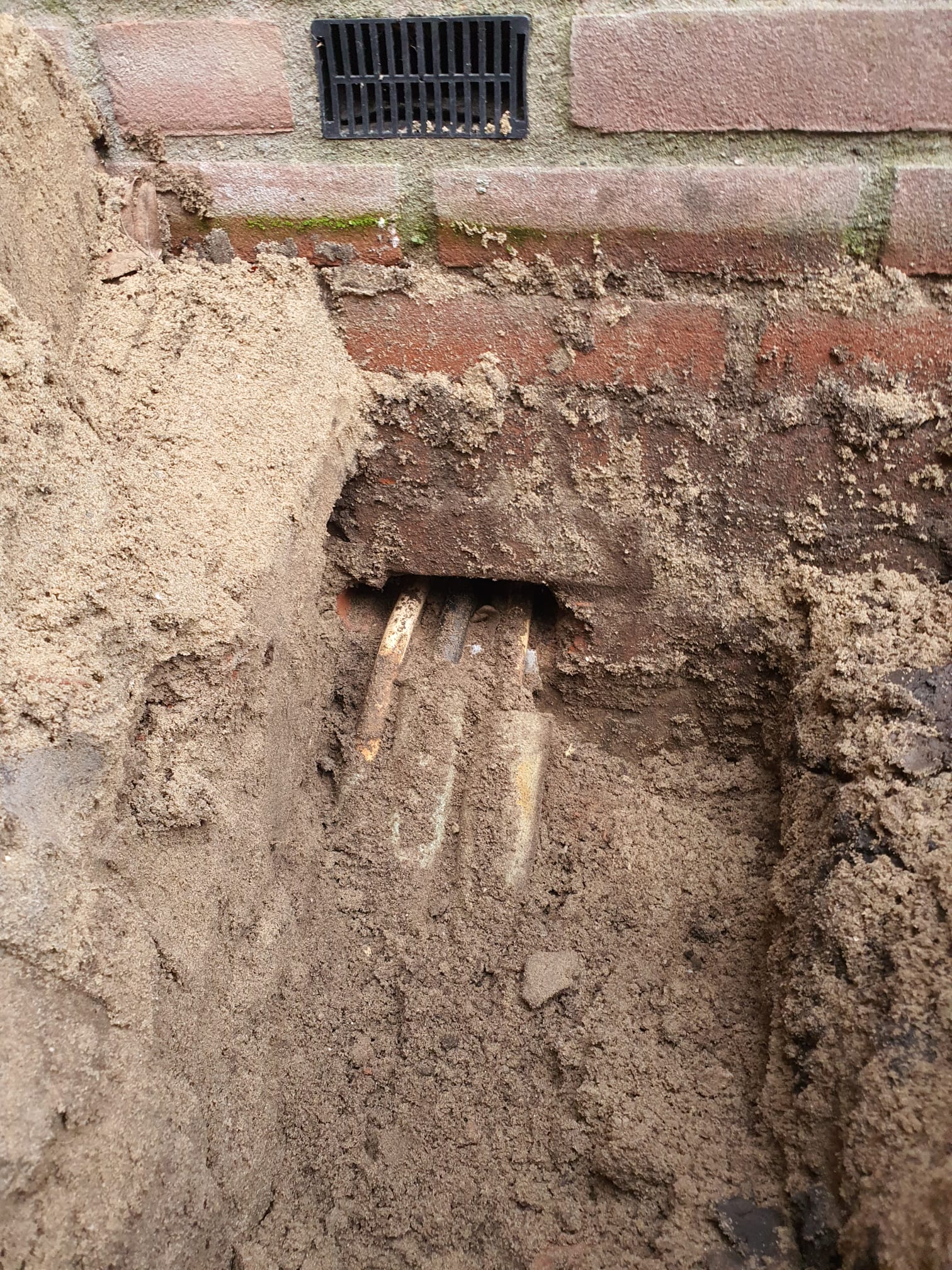 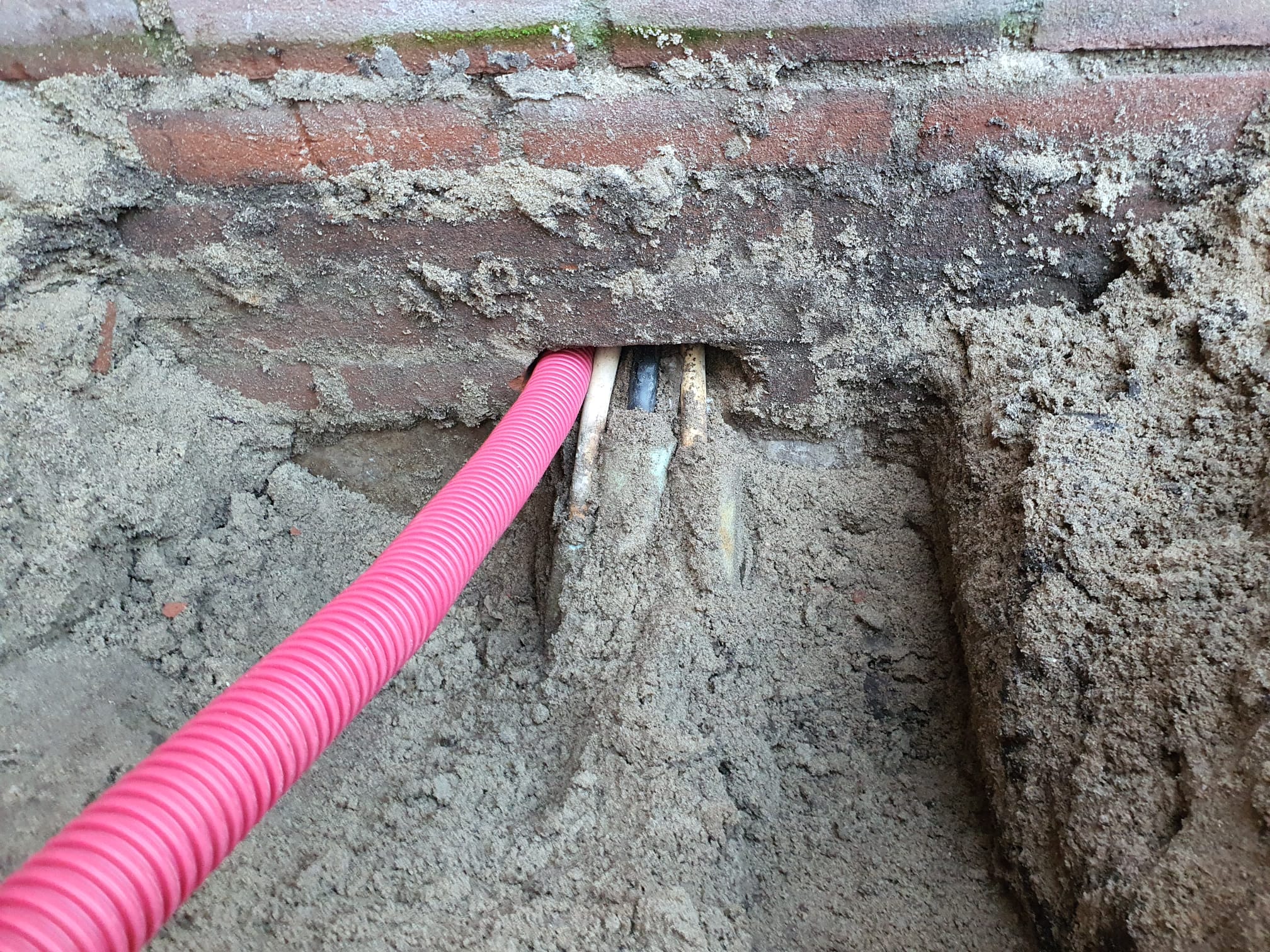 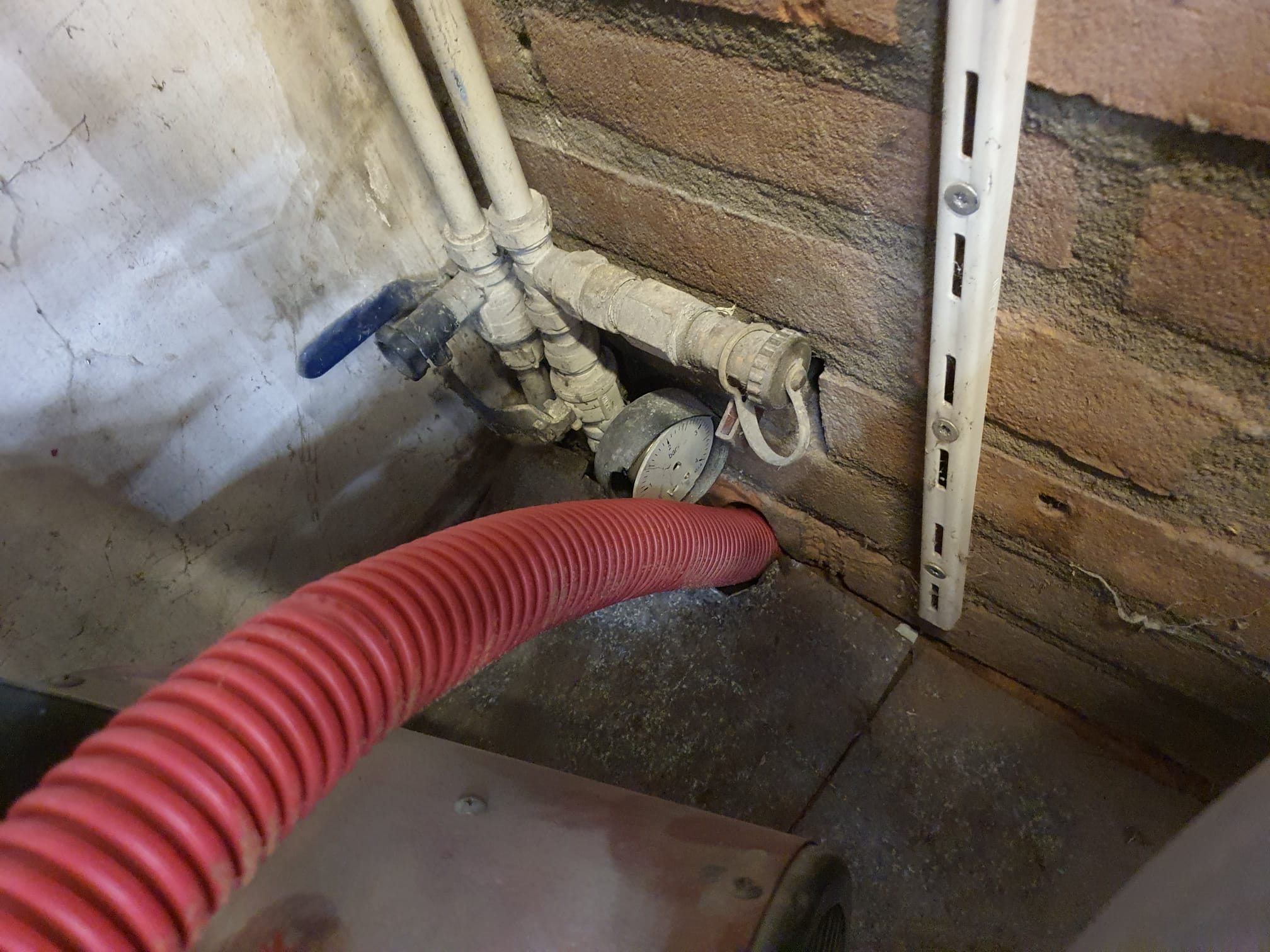 Then I made a box on the front wall with an extended wallbox copper connection point.

From the connection box the cable can be laid to the car.  The cable mat below will be laid over the cable.  The mat has a hollow space in the middle, lengthwise so the cable can lie neatly under it. 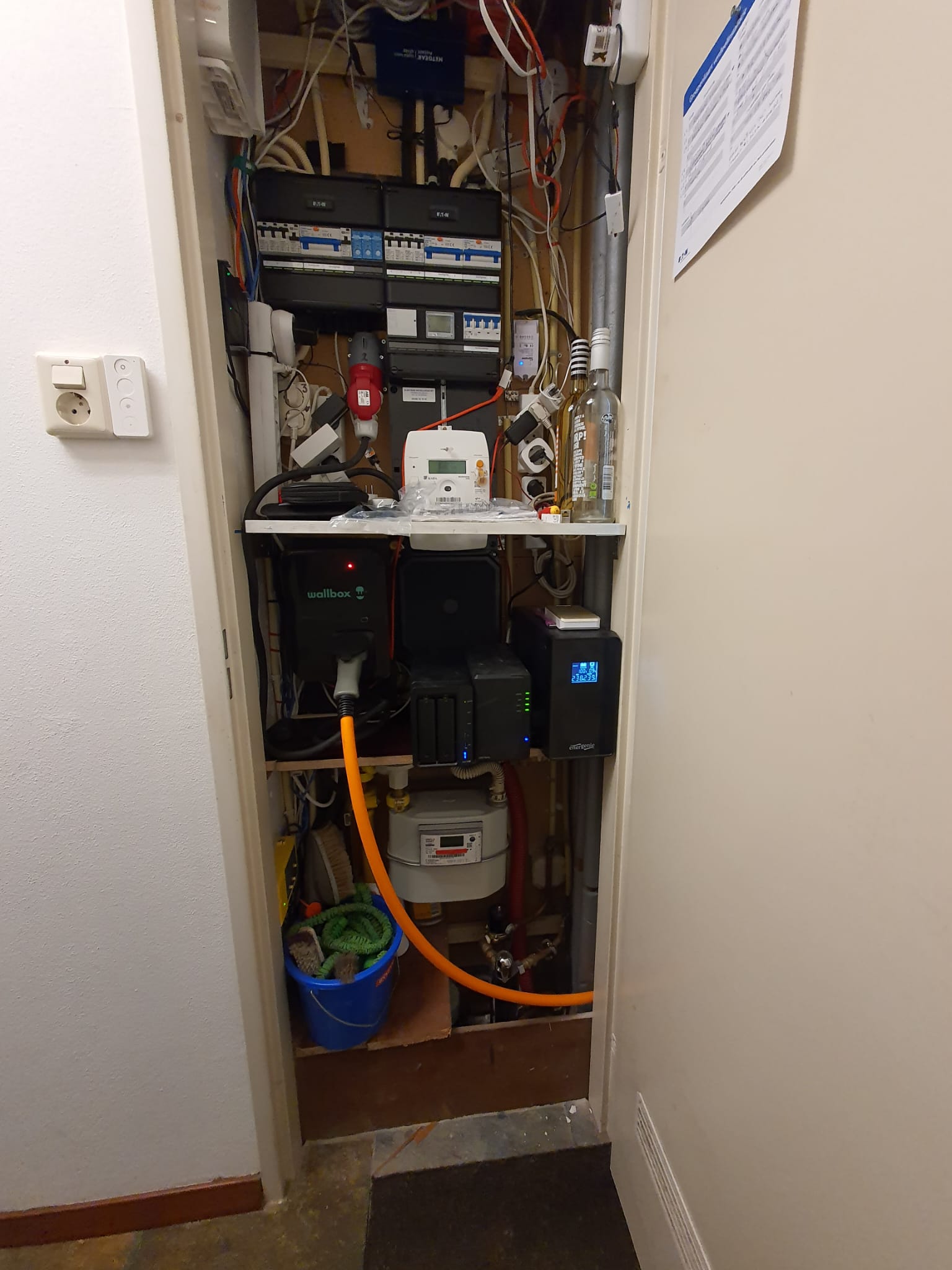 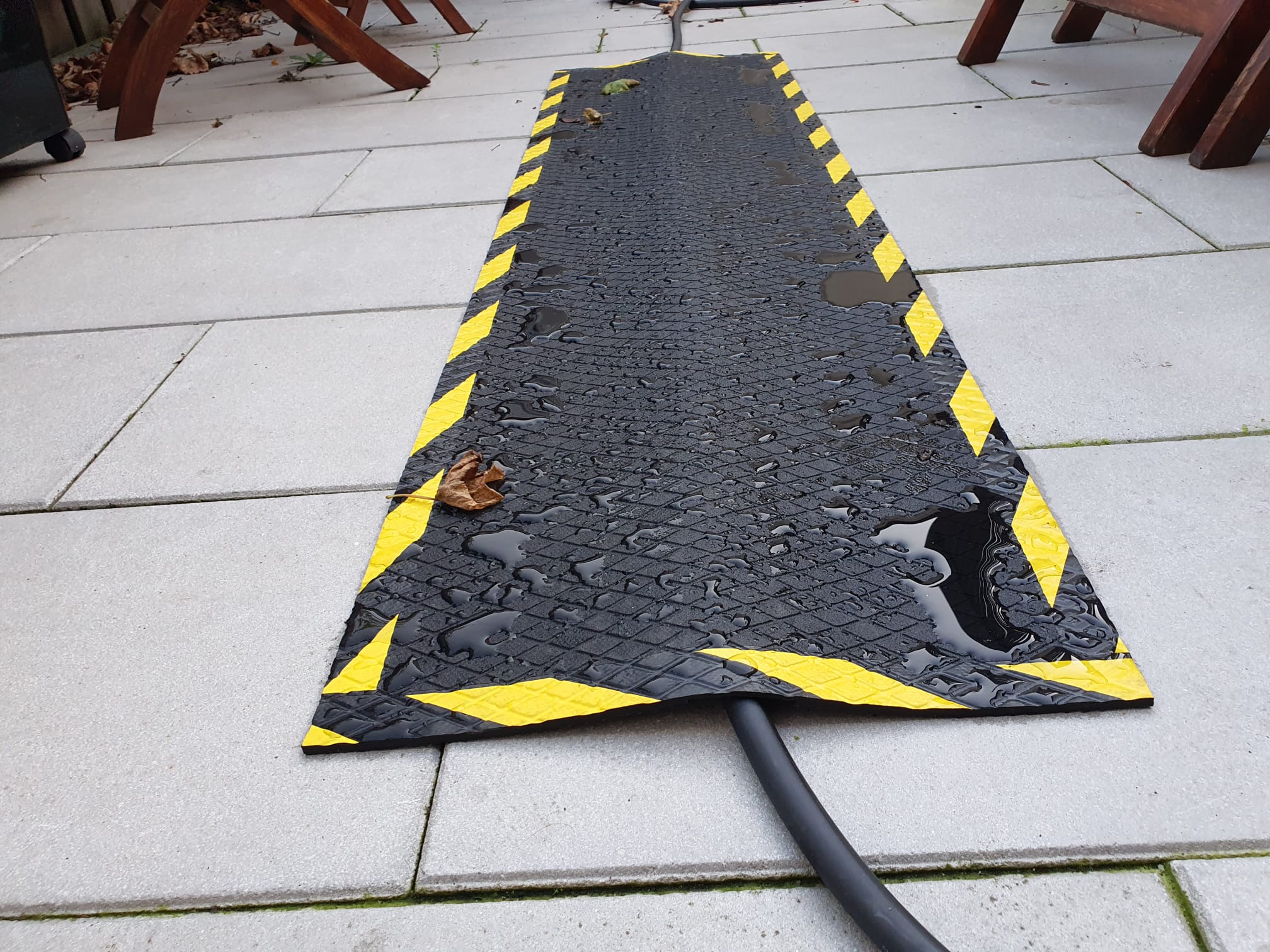 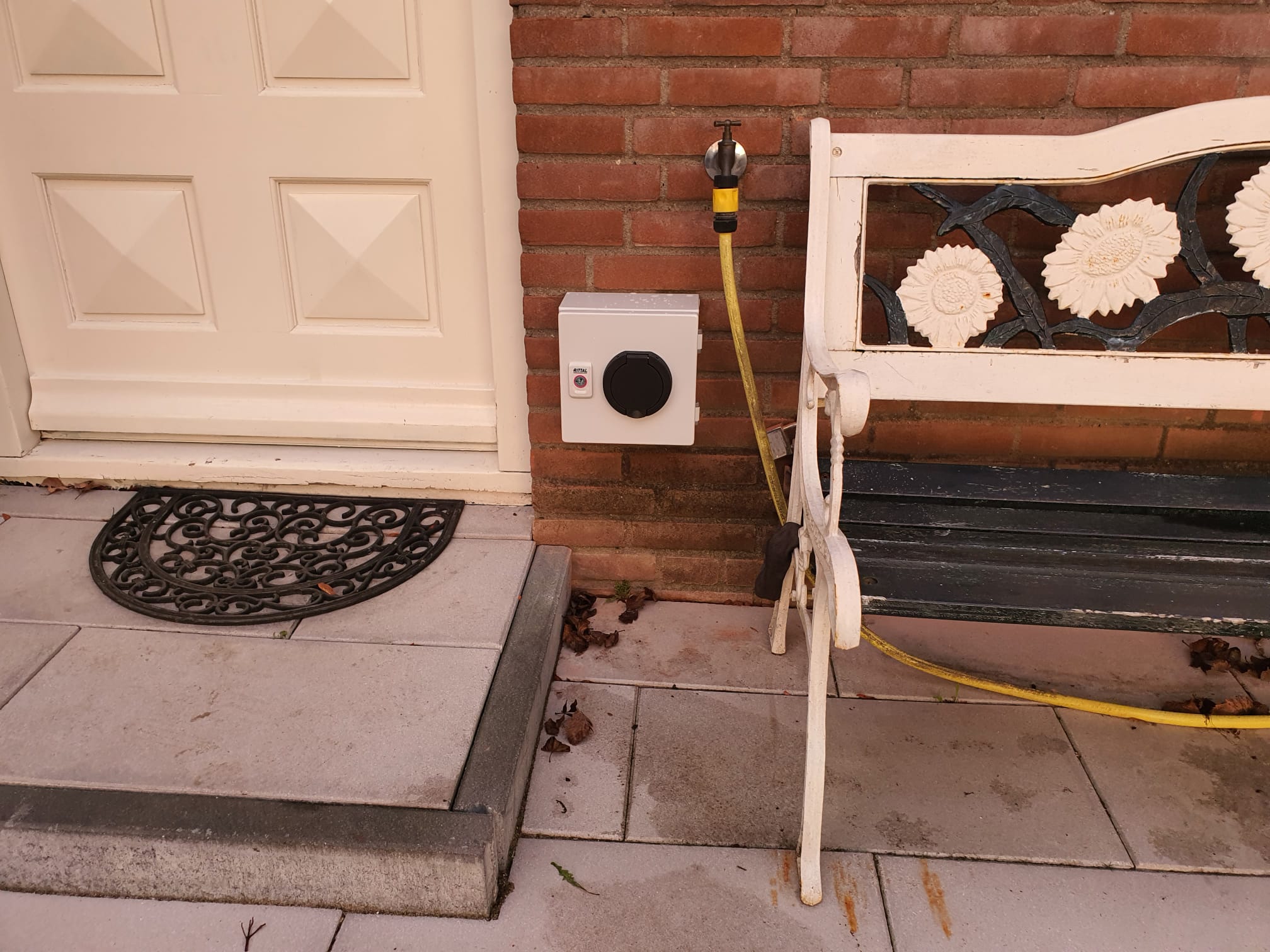 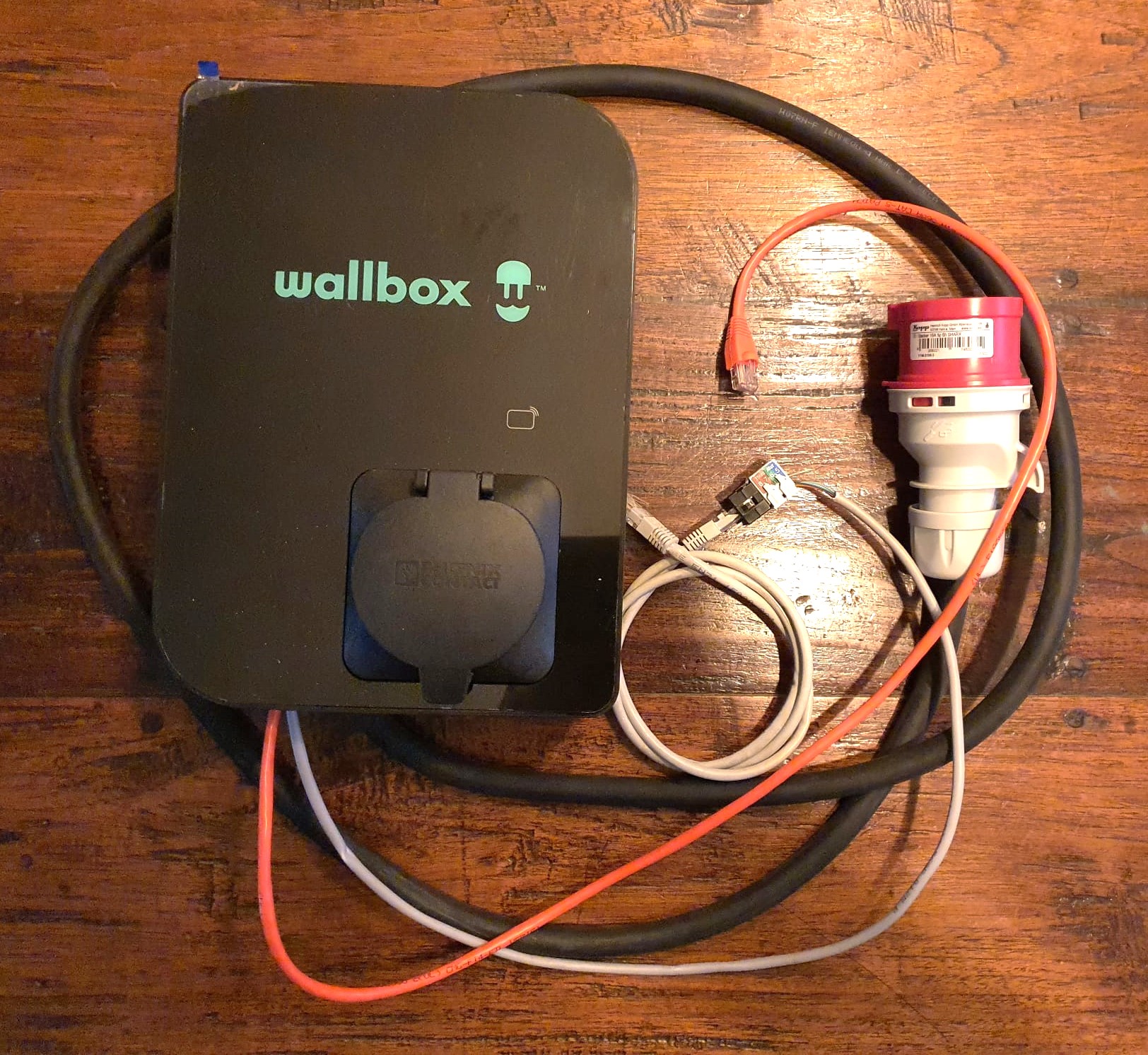 And so the above wallbox copper I can now mount::

1) OR in the meter box when the car is in front, 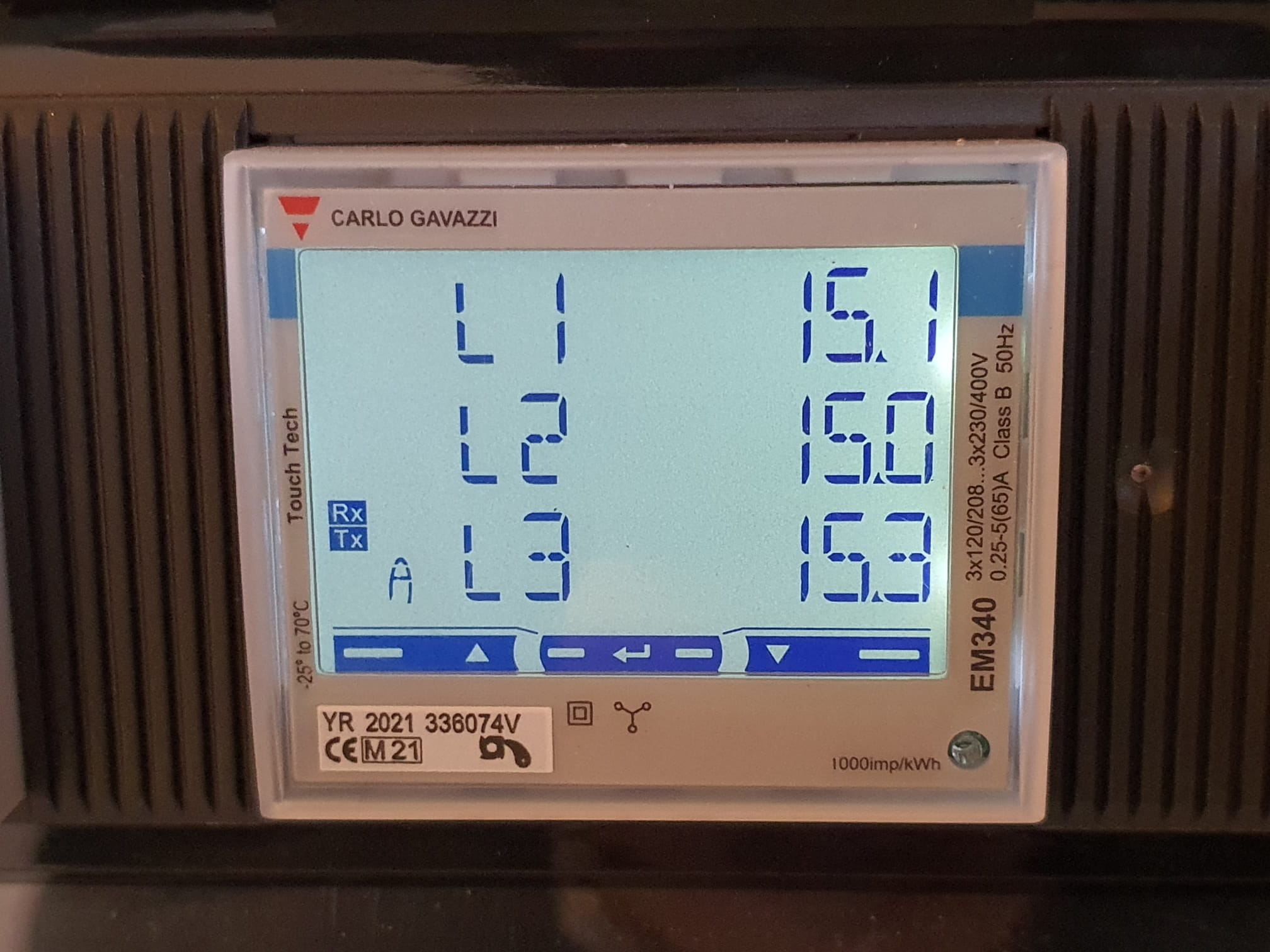