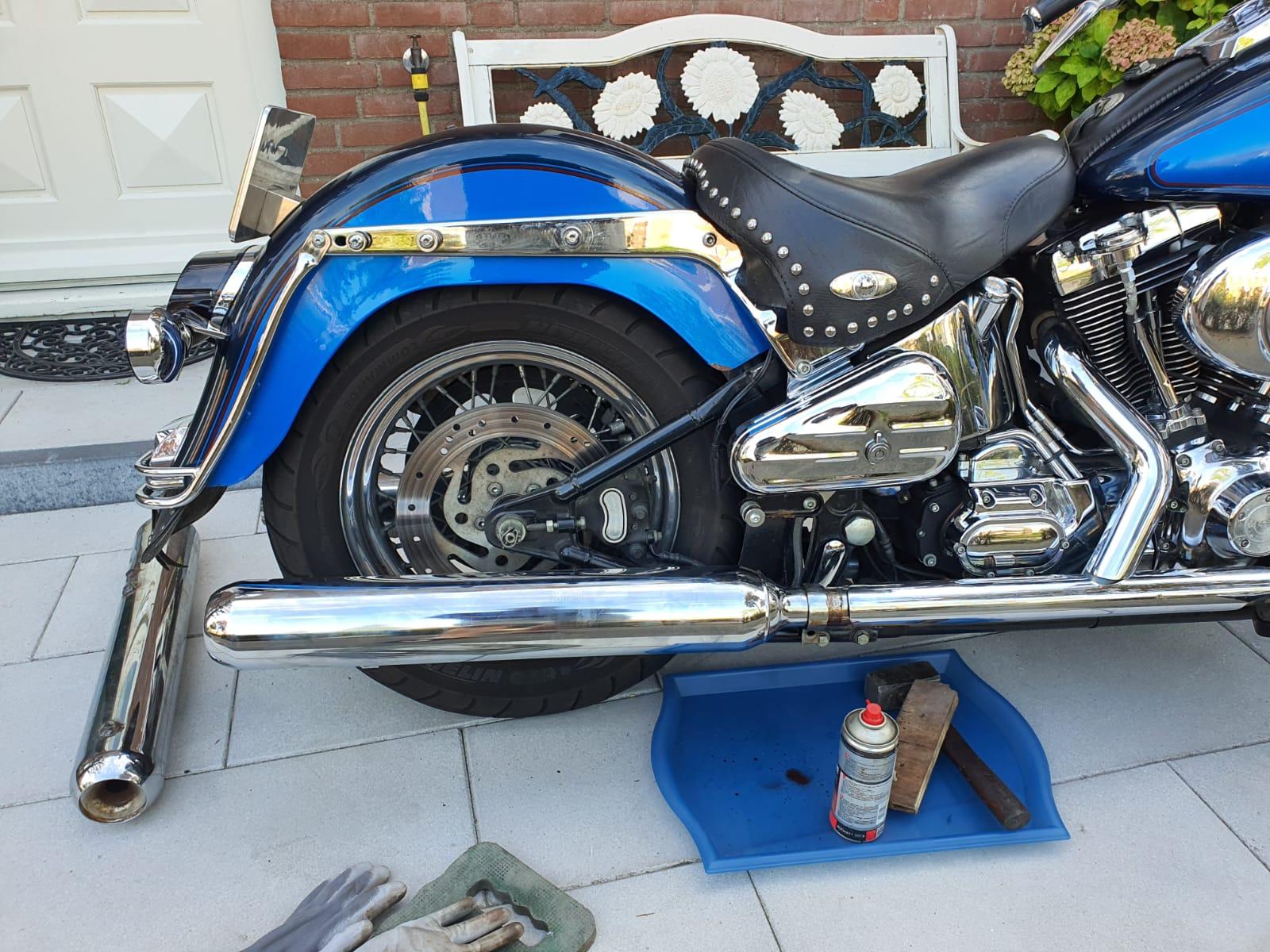 If you look at the current rules for noise and noise pollution from motorcycles, it seems like a jungle that you can’t get through.

What is clear is: If you do not meet the noise standard, there is a chance that your motorcycle will get impounded OR your registration of the bike gets invalidated and you will no longer be allowed to drive on public roads.

Noise and older engines
For older engines it is in usually not known what the maximum noise allowance in dB(A) is.

This does not mean that you can produce an unlimited level of noise.

Therefore, general guidelines for this type of vehicles  have been drawn up  y the Dutch government.

The cylinder capacity of the motorcycle is leading in those guidelines.

These sound values are of course always dependent on engine revvs.

The microphone is placed at 50 cm from the exhaust mouth at an angle of 45 degrees (may deviate 10 degrees).

The rpm sensor is placed on the spark plug wire. If that is not possible the police measures the pulses of the ignition coil.

The RPM is entered into the measuring equipment.

The law-enforcer then turns up the gas three times and the highest noise level counts.

An after market exhaust may (according to the rules) not produce more sound than the original exhaust.

But in practice, especially in the past, many open exhausts were sold and mounted.

And with such exhausts it is impossible to get below the legal noise standard with any kind of dB-killer.

If you want to avoid all this misery, it is better to make your exhaust system meet the required test standard or at least the standard that applies to your bike.

This can be done in various ways:

My solution for less noise:

But when I bought it in 2019 it had an aftermarket ‘real dual’ V&H eliminator 400 open exhaust system mounted without baffles:

I tried reducing the noise by mounting an original baffle set from V&H with silenced baffles, including a damping pack with fiberglass mat, rolled up around the baffles.

Then I mounted everything and indeed much less noise, but above 1000 RPM still much more noise than the allowed 106 dB(A) as stated in the licence papers of the bike.

So, this did not solve the noise level in the end.

Finally I was able to get my hands on a used set of original HD cruiser exhaust silencers, one of E1 (German origin)  and one E4 (Dutch).

These I will mount, even though the mounting brackets have to be moved on the silencers.

Many of these silencers have been intentionally demolished internally, so you should be careful what to buy!

Below the existing mounting points of the Vance&Hines Eliminator 400 brackets and mufflers are shown: 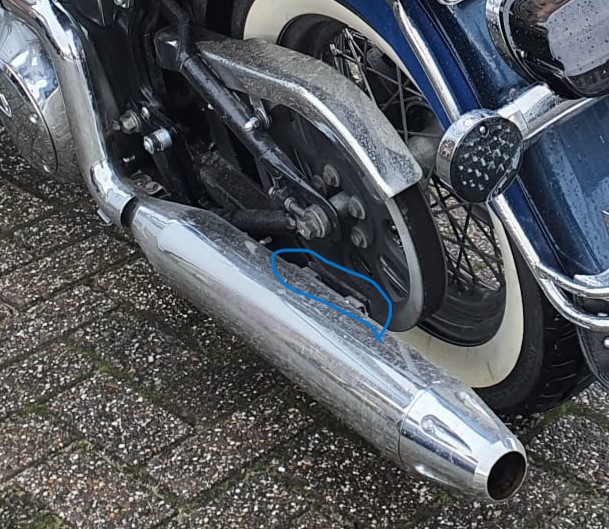 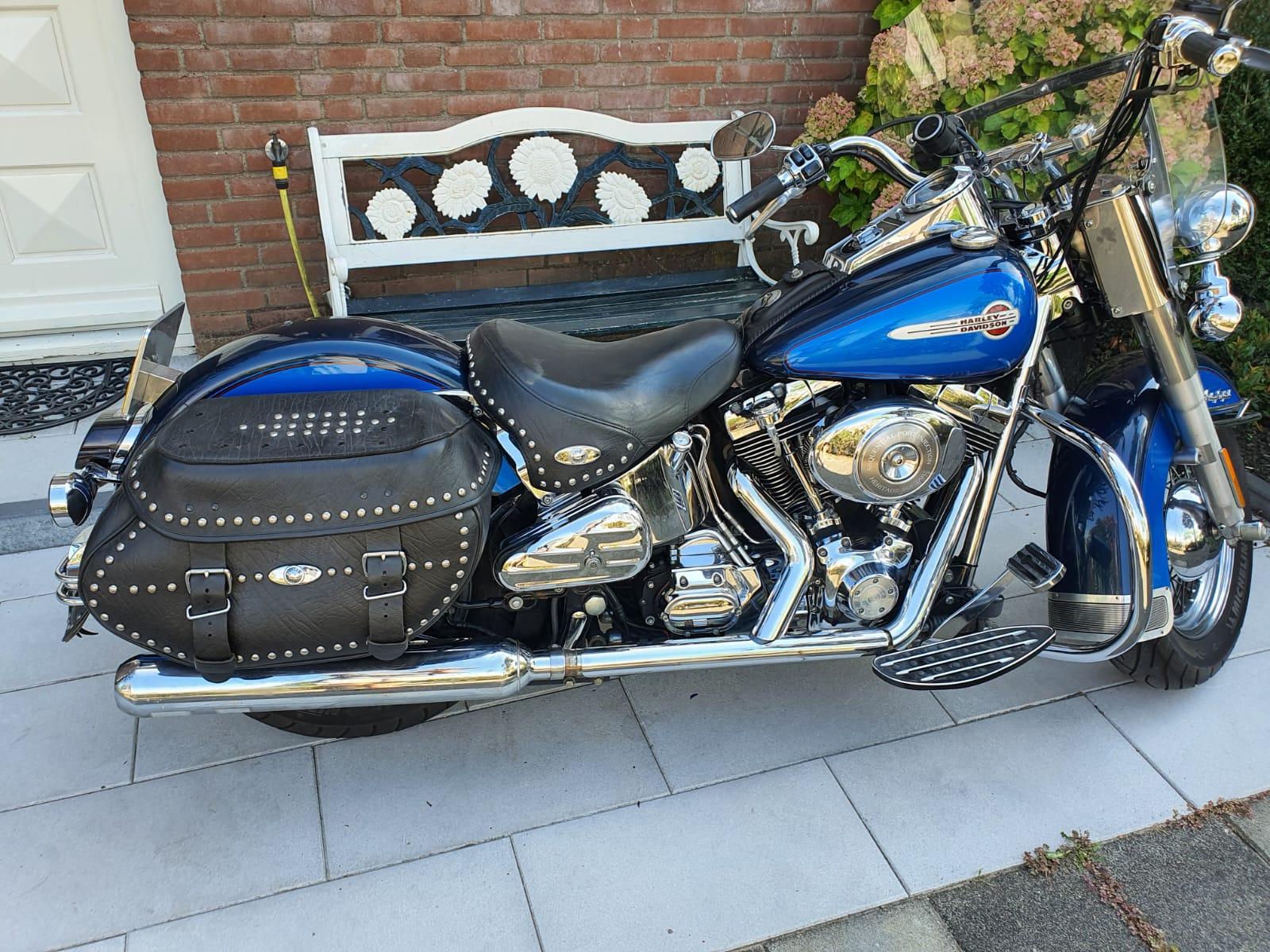 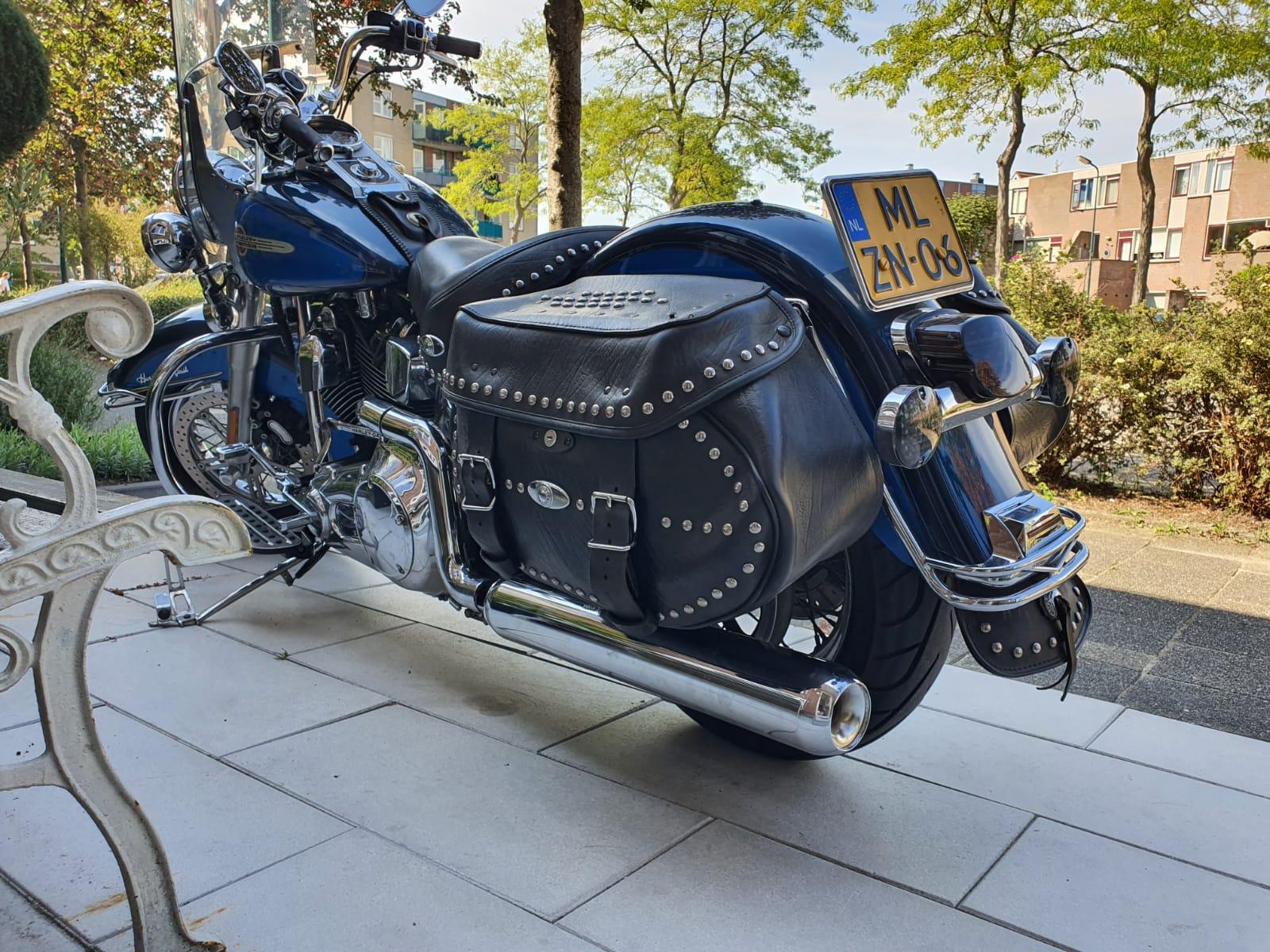 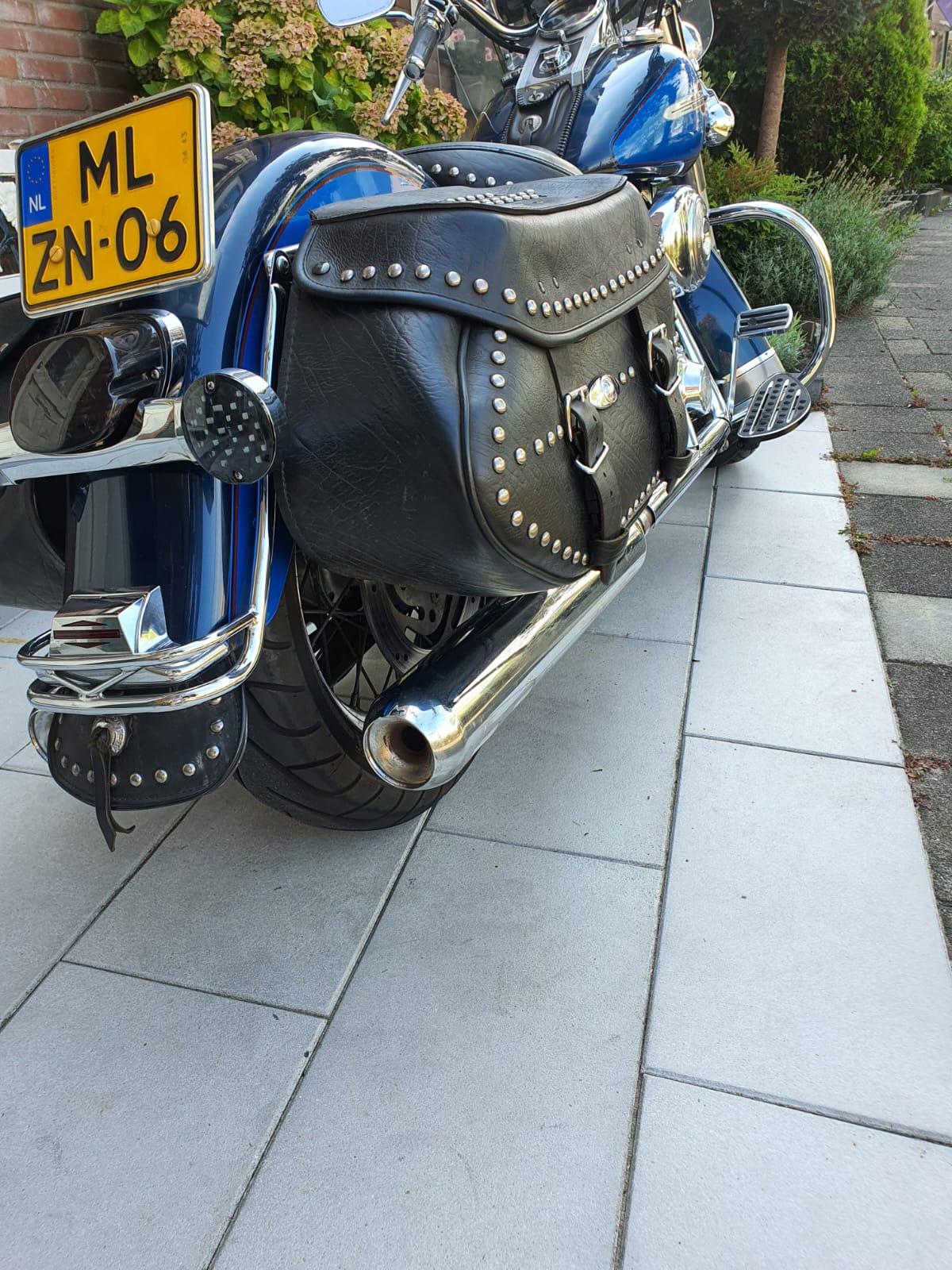